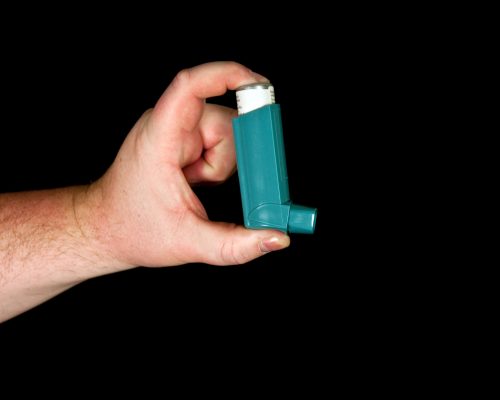 When your lungs are healthy and your airways are free, the phrase “breathing easy” may not be very significant, but if you have an attack of asthma or bronchitis, the only thing you would want in the world is to be breathing easy.

Together, bronchitis and asthma account for more than half of the upper respiratory tract disorders. And though both of them share a similar symptomology, they are in fact two very different conditions.

Having said that, in many cases, both the conditions coexist in which case the collective condition is referred to as bronchial asthma.

What is the difference between asthma and bronchitis?

Asthma is a disease that causes chest tightness, breathlessness, wheezing, and coughing. Asthma is chronic condition that has acute flare-ups. Bronchitis, however, is a more acute condition, which can become chronic due to improper medication or an unhealthy lifestyle. The symptoms of bronchitis – wheezing and shortness of breath are similar to the symptoms of asthma, but there are some important differences.

In both the conditions, there is an obstruction to the breathing. But the broad rule of thumb is that in bronchitis, the obstruction is caused by the air tubes (bronchioles) being filled by inflammatory secretions. Whereas in asthma, the obstruction is caused by the constriction of the air tubes. In asthma, the bronchioles are narrowed because of an allergic reaction, which causes the wall of the bronchiole to constrict. The end result is wheezing.

An asthmatic attack will not trigger bronchitis, but a bout of bronchitis in an asthmatic patient can cause a flare-up of the asthma symptoms. In fact, this happens so often that many young medical students often ask the question, “can bronchitis lead to asthma?”

The answer is, yes! Studies have shown that many infants who have RSV-bronchiolitis go on to develop asthma later in life. However, there is no way of predicting which infants will develop asthma. As a rule, especially during the RSV season, doctors are cautious in “labeling” a wheezing infant as asthmatic.

The important thing to remember is that the suffix ‘itis’ refers to inflammation, so bronchitis is an inflammatory condition whereas asthma is not. The presence of a mild fever is often seen with bronchitis, but not with asthma.

Bronchitis is a viral infection of the upper respiratory tract. The bronchioles can get infected by different viruses, but by far the most common virus is the respiratory syncitial virus (RSV). When young kids get bronchitis, they typically manifest with a runny nose, nasal congestion, cough, and wheeze. The wheezing occurs because mucus plugs the bronchiole and there is very little space for the air to pass through. In older children and adults, the wheeze may be absent because the bronchioles are bigger and they may not get plugged.

Historically, the prevalence of asthma has been on the rise in the U.S. The number of people diagnosed with asthma grew by 4.3 million from 2001 to 2009. During this period, asthma rates rose the most among black children who showed close to a 50 percent increase. Among children, boys are more likely to have asthma than girls, but in adults women are more likely to develop asthma.

According to the last asthma survey done in 2014,

As with asthma, the incidence of bronchitis is on the rise in the U.S. According to the American Lung Association, the year 2011 saw more than 10 million Americans suffering from chronic bronchitis. And a whopping 70 percent of those people were over 45 years of age. This is not surprising, as typically the risk of chronic bronchitis increases with age going up from 28.6/1000 persons in the 18-44 age group to a high 64.2/1000 persons in the over 65 age group.

According to the last bronchitis survey done in 2014,

The risk factors are almost similar for both bronchitis and asthma. But in the case of asthma, the chances of contracting the disease depends a lot on family history. If a close family member suffers from asthma in particular, there is a bigger chance of other members in the family or even the survivors getting stuck with the problem.

The factors that increase your risk of bronchitis include:

There are a number of factors that can increase your chances of developing asthma. These include:

If left untreated or if not treated properly, acute bronchitis can progress to chronic bronchitis and pneumonia. This progression is more common in people who have other lung diseases or a suppressed immune system. Chronic bronchitis is often associated with recurrent bacterial infections, long-term constriction of airways, and other diseases, including emphysema, asthma, and chronic obstructive pulmonary disease (COPD).

As mentioned earlier, asthma is a lifelong condition and the complications stem from bad management and rely hugely on how one copes with the condition. Some of these complications include

In both bronchitis and asthma, proper treatment and management strategies help the patient come to terms with the condition, cope better, and rise above the difficulties caused by the conditions.

Symptoms of asthma and bronchitis are similar, but some typical distinctions exist.

People with acute bronchitis present with a nagging cough that lingers for several weeks after the inflammation resolves. If the cough persists for at least three months, and if there are recurring bouts occurring for at least two consecutive years, the condition has upgraded from an acute to a chronic status.

Common signs and symptoms of asthma include coughing, wheezing, chest tightness, and shortness of breath. However, not all asthma patients have all of the symptoms. It’s also good to remember that having all these symptoms does not automatically mean you have asthma. They could be caused by other conditions. It’s best to eliminate other conditions via a proper differential diagnosis approach and finally settle on asthma following the results of a lung function test.

Bronchitis is often caused by an underlying infection, like a respiratory infection.

Acute bronchitis is caused by infections or lung irritants. The most common cause of acute bronchitis are the viruses that cause colds and the flu. But some bacteria can also be responsible for a flare-up.

In addition to infections, certain substances like tobacco smoke, dust, fumes, vapors, or air pollution can irritate your lungs and airways and raise your risk for acute bronchitis.

The most common cause for chronic bronchitis is smoking. The repeated inhalation of the smoke plays havoc with the airways and damage lung and airway tissues. Non-smokers can have a similar effect if their work environment is polluted and toxic.

The real cause of asthma is a combination of environmental and genetic factors. But the asthma attacks can be triggered off by irritants like smoke, toxic fumes and pollution, and allergens like animal dander, mold, pollen, cockroaches, and dust mites. Infections like common cold and flu can also trigger an asthma attack, as can physical activity, stress, and even exposure to cold air and damp conditions.

Treatment options for bronchitis and asthma

As most cases of acute bronchitis are a result of viral infection, you don’t need a cure for it. It goes away on its own. As the old saying goes, if you treat it, it goes off in a week, if you don’t treat it, it takes seven days. In case there is wheezing (as often happens in infants and children), the use of bronchodilators are recommended to bypass the obstruction and facilitate passage of air in and out of the lungs.

Chronic bronchitis is a different ball game altogether and requires proper management and therapeutic strategy. As with most chronic conditions, the cause has to be addressed. If the cause is repeated infections, the treatment method is the use of appropriate antibiotics and steroids to reduce the inflammation. Proper and timely vaccinations also help. The use of masks and filters goes a long way in helping those whose condition is a result of workplace hazards. And in the case of smoking, you know what to do.

Chronic bronchitis treatment typically includes several strategies, including vaccinations for influenza and pneumonia, use of steroids to reduce inflammation, and treatment with antibiotics — particularly during flare-ups. Other treatments may include the use of bronchodilators to dilate the airways or medications to help clear excess mucus.

The treatment for asthma focuses on two strategies. The first is to reduce frequency and severity of attacks. This is done by limiting exposure to triggers and using “rescue” medications to treat sudden flare-ups. The most common of these are the “puffs” and the “inhalers”. The second strategy is to control the underlying inflammation and constriction of the airways. This is a more long-term strategy and involves the use of inhaled or injected corticosteroids.

Asthma is a long-term disease that has no cure. The goal of asthma treatment is to control the disease. Good asthma control will

Most importantly, proper education and explanation is necessary, especially in children. Rather than surrender to the symptoms, young patients must be taught to fight the symptoms by doing simple exercises that can improve their lung power. Parents can device small games like table football where the objective is to blow a ball made of light paper into a goal, or create a make believe super-hero called blow-man who has incredible blowing powers. Anything to get the children to blow and increase their lung power in a fun way.

Bronchitis vs. pneumonia, differences in symptoms, causes, and treatment

Asthma vs. COPD: Differences in symptoms, causes, and treatment options