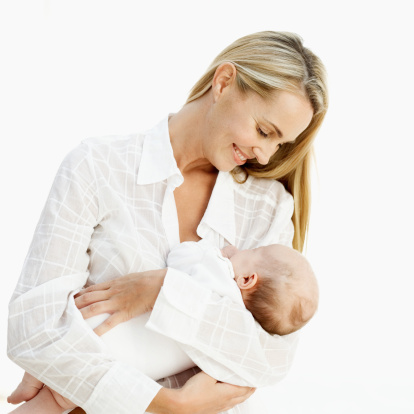 Improved healthcare has contributed to longer, healthier lives; however, along with aging comes an increased risk of dementia.  Approximately 35.6 million people around the world are living with dementia, and this number is expected to double every 20 years with a significant portion of this increase occurring in developing countries. Dementia commonly affects older people, although cases in individuals under the age of 65 are popping up around the world.  While the exact cause of dementia is not known, research shows that Alzheimer’s disease is characterized by insulin resistance in the brain. With this, new research, published in the Journal of Alzheimer’s Disease suggests that breastfeeding may help to reduce the risk of Alzheimer’s disease.

Researchers interviewed 81 British women between the ages of 70 and 100. Within the group of women, some had developed Alzheimer’s disease while some had not.  Relatives, friends and caregivers of these women were also interviewed.  The researchers collected data regarding the women’s reproductive history, breastfeeding history and dementia status.  Other information, such as a history of stroke, brain tumor or head injury, that could have been related to their dementia status, were also obtained.

Dementia status was measured using a scale known as the Clinical Dementia Rating (CDR).  In order to estimate the age of the participants at the onset of dementia, the researchers developed a method using the CDR and the known patterns of Alzheimer’s disease progression.  This information was then compared to their history of breastfeeding.

Although the sample size was small, the researchers were able to identify three trends in their research that remained after taking in other factors, such as current age, education history, age at birth of first child, age at menopause, as well as smoking and drinking history.  The three trends showed:

-Women who had a higher ratio of total lifetime months pregnant to total months spent breastfeeding had a higher risk of Alzheimer’s disease.

Interestingly, the trends were not as strong for women that had a parent or sibling with dementia.  The relationship between breastfeeding and Alzheimer’s disease was significantly lower for these women compared to women that had no family history of dementia.

Theories behind the Trends

Certain theories may help to explain the above trends.  Firstly, breastfeeding deprives a woman’s body of progesterone, which helps to compensate for the high levels of progesterone that are produced during pregnancy.  This is important because progesterone is known to desensitize the estrogen receptors in the brain. Estrogen is believed to play a protective role against Alzheimer’s disease.  The second theory purports that breastfeeding increases glucose tolerance by restoring insulin sensitivity post-pregnancy.  This is important because pregnancy results in a natural state of insulin resistance and Alzheimer’s disease is characterized by insulin resistance in the brain.  While the results of this research show a clear connection between breastfeeding and Alzheimer’s disease, further research needs to investigate the different biological processes that may be responsible for the connection.