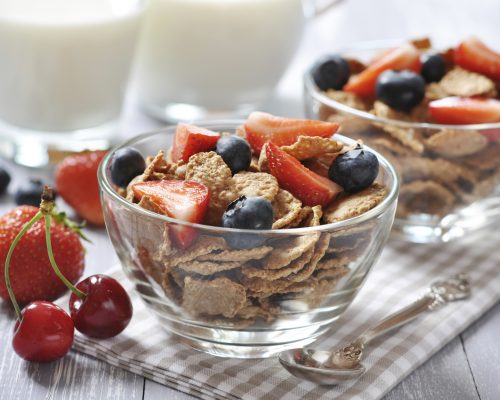 A new study suggests that a fiber-rich diet in young women may reduce the risk of breast cancer years later. Last week we reported that a high fiber diet may improve lung function, and this week fiber is being linked with a reduction in breast cancer risk, pointing to the importance of fiber in the diet to maintain overall good health.

Lead author of the study Maryam Farvid said, “Previous studies of fiber intake and breast cancer have almost all been non-significant, and none of them examined diet during adolescence or early adulthood, a period when breast cancer risk factors appear to be particularly important. This work on the role of nutrition in early life and breast cancer incidence suggests one of the very few potentially modifiable risk factors for premenopausal breast cancer.”
The researchers looked at 90,534 women who, in 1991, were between the ages of 27 and 44. The participants filled out questionnaires about their food intake and continued to do so every four years. In 1998, they answered questions about their eating habits back in high school. Fiber intake was analyzed, and the findings were adjusted for numerous factors such as race, family history of breast cancer, body mass index, weight changes over time, menstruation history, alcohol use, and other dietary factors.

The researchers suggest that high fiber intake is associated with lower estrogen – which is known to contribute to breast cancer – in the blood.

Senior author of the study Walter Willet concluded, “From many other studies we know that breast tissue is particularly influenced by carcinogens and anticarcinogens during childhood and adolescence. We now have evidence that what we feed our children during this period of life is also an important factor in future cancer risk.”