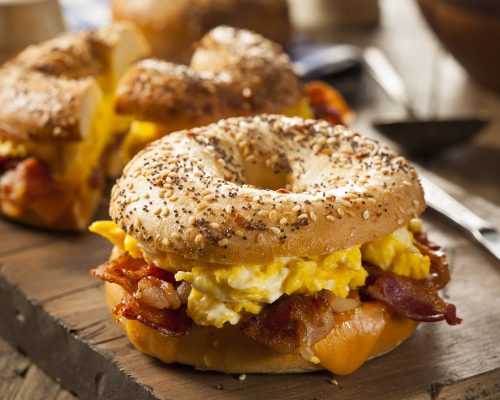 If you’re not a breakfast person, you could be putting your health at risk.

In fact, if you eat breakfast after 8:30 am, you could be at a higher risk for type-2 diabetes. Even if you’re following a popular intermittent fasting protocol.

Brand new research found that eating breakfast before 8:30 am is associated with a lower risk for type-2 diabetes. These early eaters had lower blood sugar and less insulin resistance than those that ate breakfast later.

The findings were consistent regardless of whether people had restricted eating windows of less than 10 hours or consumed food more than 13 hours.

The study, therefore, indicates that meal timing may be more important to health than the duration of the feeding windows consistent with intermittent fasting diets.

Foods people ate for breakfast were not studied, however, it would stand to reason that those who ate whole-grain cereals like oats, or other non-sugary options, experienced even greater benefits.

These findings make sense from a biological standpoint. Human bodies are designed to better process calories in the morning when we’re still waking up. Stress hormones like adrenaline and cortisol are naturally peaking, and your metabolism is revving up.

As the day progresses, we need fewer calories.

Previous research has suggested an optimal eating style is actually the reverse of what most people do now—a small breakfast, medium-sized lunch, and large dinner. By making your biggest meals early in the day and your smallest later, you will be better at sticking to your body’s natural rhythms and needs.

Of course, this isn’t exactly practical in North America. North Americans tend to eat their biggest meal at the end of the day because it is when they have the most time. They are able to sit together with friends and family and not restrained by their job.

Some places, like Italy, shut down in the early afternoon so families can gather for a big lunch before returning to work.

You may not be able to rejig your later meals, but attempting to eat an early breakfast may help lower your blood sugar and reduce the risk for type-2 diabetes.

If time is a challenge, quick oats and frozen fruit are a quick and nutritious option.