Home » Health News » Why is Brazil affected by Zika virus? 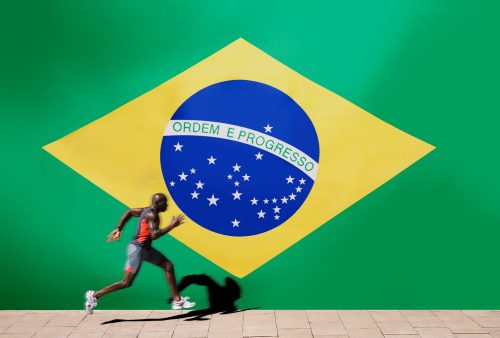 It may seem quite random that of all countries in the world Zika virus outbreak is taking place in Brazil. Why Brazil? And why now? These are some of the questions the investigator are trying to answer.

Dr. Prabhjot Singh, chair of the Department of Health System Design & Global Health at the Icahn School of Medicine at Mount Sinai, explained, “We don’t fully understand why the epidemic broke out where it did. But we do know that a lot of the factors that have made Brazil the major zone are not shared by a lot of the world. You are looking for a perfect storm for a place to become a hot spot. People want to hear that it’s just one thing that made Brazil the center point, but there are a bunch of things that could have contributed.”

Experts suggests that economy, climate, environment, and population are all contributing factors that prompted the Zika virus outbreak in Brazil.

There are nearly 166,000 reported cases of Zika virus in Brazil so far this year, along with 3,062 cases of microcephaly, the birth defect resulting from the virus.
Daney Evans, assistant professor of global health with Emory University’s Rollins School of Public Health, added, “The Zika virus is endemic in other places in the world, but prior to this particular epidemic it had never existed in the Western Hemisphere. Zika had never been in this part of the world before, so the entire population is vulnerable to it – the entire human population and mosquito population.”

Zika virus was first identified in Uganda back in 1947. Zika virus was probably brought to Brazil from the frequent business travel trips to Africa. As Brazil has the largest population in South America and the mosquitoes became infected by feeding on the virus carriers, it’s easy to theorize the subsequent spread of the virus. Add to the mix Brazil’s hot climate, crowded living quarters, and poor sanitation, and you have perfect conditions for the Aedes aegypti mosquitoes to thrive.

Evans added, “You can imagine the water and sanitation systems in the underdeveloped regions of Brazil might leave more room for mosquitoes to breed. That may have been the kindling that lit the fire.”

Brazil was not prepared to handle an outbreak of any source, let alone a mosquito one. As Dr. Robert Quigley, an infectious disease expert based in Philadelphia, explained, “Their infrastructure is such that they don’t have a sophisticated department of health, as you would find in some of the more developed countries. They don’t have the bandwidth or the resources to go on huge vector control projects.”

The reason for the current Zika virus outbreak still remains unclear, and these are just some of the speculations attempting to explain its rapid spread.