Home » Anti-Aging » Our brains naturally counteract the effects of aging 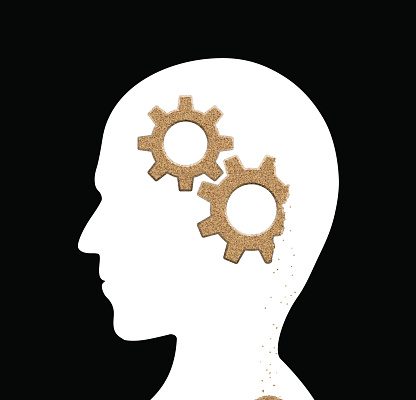 As we age, it becomes more difficult to follow all the changes that happen around us, not to mention the changes that occur within our own bodies. We try to categorize the world around us to make it easier to make associations and function in an efficient manner. In a study exploring this concept, neuroscientists from Ruhr-Universität Bochum (RUB) discovered that the way we categorize things changes throughout our lifetimes, to the point that older brains have developed the most efficient methods that work for them to promote better functioning.

The research team observed young and old people during a categorization task. Participants were asked to sort circles with varying color combinations into one of two categories. Some of the circles were similar to each other, while others were distinctly different. To which category the circles belonged was indicated by feedback during the test, with the scientist documenting the participant’s answers, their line of sight via eye trackers, as well as recording brain wave via electroencephalogram (EEG).

What they found was that both young and old participants had no difficulties categorizing the similar looking circles, with learning mechanisms between both groups being comparable. However, when distinct circles were shown during later stages of the experiment, significant differences were observed between the two groups. Older individuals found it more difficult to categorize these distinct circles when compared to younger individuals.

“There are two main strategies that we use to categorize things. While we perceive similar looking members of a category holistically, we must specifically learn exceptions and memorize them,” said Sabrina Schenk, co-author. “Older people find it harder to switch from one strategy to the other.” But measurements of brain waves also showed that the elderly develop a particular selective attentiveness.
These findings suggest that elderly individuals are more sensitive to details, as they pay increased attention to them. Eye tracking data confirmed that they looked at the circles more attentively.

The researchers believe that because some of the natural processes of aging affect our overall performance, our brain compensates by making them more attentive, decreasing our chances of performing errors. The team would like to extend these studies to test the level of attention in people who play computer games, as they are considered to be exceptionally focused. If these gamers do particularly well in the categorization task, then the results may help the elderly specifically train levels of attention.

Related: Defeat aging with this fruit

The Healthy Truth: Everything you need to know about aging (based on science)