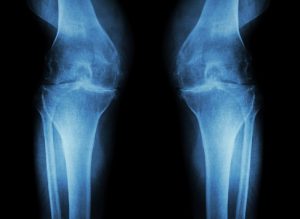 A new study finds that the brain neurons which control hunger and appetite also regulate bone mass. A senior author Tamas L. Horvath said, “We have found that the level of your hunger could determine your bone structure. The less hungry you are, the lower your bone density, and surprisingly, the effects of these neurons on bone mass are independent of the effect of the hormone leptin on these same cells.”

The research team focused on neurons located in the hypothalamus which control hunger and appetite. The neurons are referred to as agouti-related peptide (AgRP). Genetically-engineered mice had cells selected to interfere with AgRP neurons, which researchers found also controls bone mass.

When AgRP circuits were impaired, bone loss and osteopenia occurred in the mice. This is similar to osteoporosis within women. When AgRP was stimulated in the mice, bone mass increased.

Co-senior author Karl Insogna said, “Taken together, these observations establish a significant regulatory role for AgRP neurons in skeletal bone metabolism independent of leptin’s action. Based on our findings, it seems that the effect of AgRP neurons on bone metabolism in adults is mediated at least in part by the sympathetic nervous system, but more than one pathway is likely involved.”

Insogna added, “There are other mechanisms by which the AgRP system can affect bone mass, including actions on the thyroid, adrenal and gonad systems. Further studies are needed to assess the hormonal control of bone metabolism as a pathway modulated by AgRP neurons.”

The findings were published in Cell Reports.