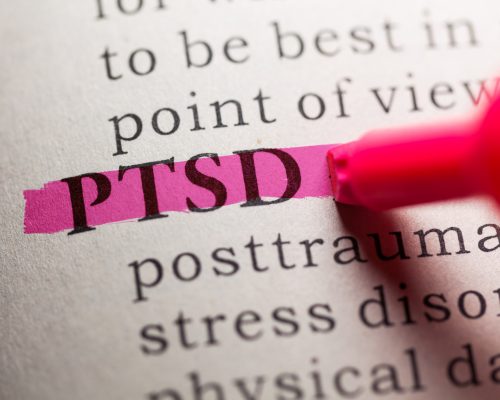 A new study has shown that by using magnetic resonance imaging (MRI), physicians can locate potential brain biomarkers of PTSD in people with traumatic brain injury (TBI). The research, which appeared in Biological Psychiatry: Cognitive Neuroscience and Neuroimaging, is a stepping-stone for better treatment and outcomes for those who may develop PTSD. If doctors could better predict who would develop the disorder, they could offer help earlier in life.

Post-traumatic stress disorder (PTSD) is a disorder that develops in some people who have experienced a shocking, scary, or dangerous event. This complex psychiatric disorder can include symptoms of anxiety, depression, and cognitive disturbances.

The relationship between TBI and PTSD has been gaining attention in recent years as research has shown a significant overlap in risk factors and symptoms. It is thought that with some more research into the association, doctors may be given the tools needed to better predict which patients with traumatic brain injury (TBI) may need treatment for PTSD before it becomes a problem.

Fort the study, the researchers analyzed over 400 TBI patients. All subjects underwent brain imaging after injury and were assessed at three and six months after their brain injury. At the three month mark, 18 percent had PTSD, and at six months, 16 percent showed signs of the disorder.

After their initial brain injury, the MRIs taken were used to measure volumes of key structures in the brain thought to be involved in PTSD. It was found that the volume of several of these structures was predictive of PTSD three-months post-injury. The brain regions found to predict PTSD at three months were the cingulate cortex, the superior frontal cortex, and the insula. These regions are associated with arousal, attention, and emotional regulation.

These findings are in line with previous studies showing smaller volumes in several of these brain regions in people with PTSD. This study did note that the structural imaging did not predict PTSD at six months. With the mounting evidence, researchers believe that a “brain reserve” or higher cortical volumes may provide some resilience against PTSD.

Further research is needed to provide changes to clinical guidelines. But, lead author Murray Stein, MD, MPH, FRCPC, said: “It does pave the way for future studies to look even more closely at how these brain regions may contribute to (or protect against) mental health problems such as PTSD.”

As more information becomes available, those with traumatic brain injury could undergo testing for signs of PTSD. This could help clinicians offer earlier treatments for those most at risk. As such, many people with TBI develop PTSD, so research is imperative to understand the relationship between the two better and improve treatments.