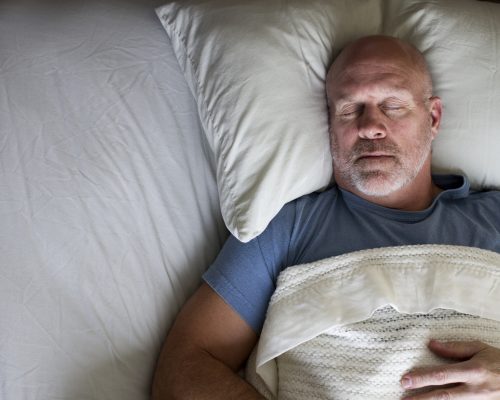 During sleep, the brain experiences an increase in blood flow, which is linked to brain function. According to a new study from Penn State researchers, these blood flow changes may help clean out metabolic brain waste that can build up during the day.

By studying mice’s sleep patterns, the study was able to find the connection between blood flow and brain function. The mice were studied during both rapid eye movement (REM) and non-rapid eye movement sleep stages, as well as in various alertness states.

Mice and humans have remarkably similar brains and for both. Non-REM sleep is the first stage of sleep that occurs during the first hour or two of resting. REM sleep comes after this, which is characterized by rapid eye movements and vivid dreams.

The mice were monitored during both sleep and alert states, with researchers taking note of the neural activity, blood vessel dilation, electromyography activity, and whisker and body movements. During REM, mice move their whiskers and sleep with their eyes open.

“The mice naturally fall asleep very quickly even while their heads were restrained to allow for neural imaging,” explained Patrick Drew, associate professor of Engineering Science and Mechanics, Neurosurgery, and Biomedical Engineering. “We used machine learning algorithms to continually monitor the sleep stages the animals were in, and also when they were awake, as they greatly impact blood flow fluctuations.”

The study concluded that brain arterioles, or small branches of arteries, were much more dilated when the mice were in non-REM sleep compared to when they were awake. By using optical imaging and two-photon microscopy, researchers also found that during REM sleep, the dilation was even larger than during non-REM sleep.

Drew explains, “The dilated blood vessels and increased blood flow may help the brain move waste products out of the brain.”
This waste is often associated with diseases that afflict the brain, such as Alzheimer’s and dementia.

“The working hypothesis is that with diseases affecting the brain, the body fails to clear the neural waste fluid due to lack of sleep and decreases in cerebral blood flow may often proceed degenerative brain illnesses.”

Further research is needed to analyze more sleep-related disorders with links to brain function. For example, insomnia could negatively contribute to mental health conditions like anxiety and depression, as the brain cannot clear out the waste fluid when sleep is disrupted for an extended period.

By adding to this basic study, researchers are gaining knowledge about the brain process during non-REM and REM sleep. The outcomes could be applied to several clinical studies in the future, and researchers hope it will help shape treatments of illness such as Alzheimer’s disease.