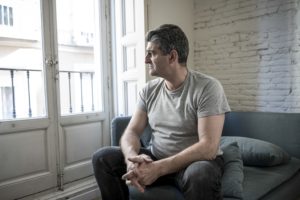 New findings from Yale University have uncovered that having depression lowers the density of synapses. Depression has long been associated with cognitive decline and depression in later life. It may increase the risk of Alzheimer’s disease, but it hasn’t been understood how exactly depression leads to cognitive decline.

In those with cognitive impairment, synapses are decreased – these are how brain cells communicate. Stronger synapses mean stronger cognition, and weaker synapses lead to weaker cognition. Until now, synapses could only be measured after death.

Yale researchers now have a new technique to scan the brains of the living. They found patients with depression had less dense synapses compared to healthy individuals of the same age.

The lower the density, the greater the depressive symptoms, particularly attention problems and loss of interest in previously enjoyed activities.

The study was small in size, so larger studies will need to be conducted to prove that depression leads to worsened cognitive decline.

The researchers suggest that cognitive decline is still very complex and can be influenced by many other health problems, not just depression. Heart disease and other cardiovascular issues like a lack of blood flow to the brain have also been shown to contribute to cognitive decline.

It is important that you seek medical attention if you notice symptoms of depression, regardless of your age. Depression can negatively impact many areas of health and can worsen already pre-existing underlying medical conditions.