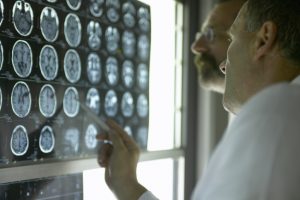 Researchers are working to uncover what happens in the brains of schizophrenia sufferers.

Currently, the cause of schizophrenia is unknown. Although there have been theories linking genetics and environmental factors, an exact cause has eluded researchers.

But a study conducted by Georgia State University analyzed brain scans at several locations across the U.S. The study looked at 2,028 schizophrenic patients and 2,540 healthy individuals.

This is the largest study of its kind that does not analyze previous literature, but rather reviewed actual brain scans.

What they found was that those with schizophrenia had smaller volume in the hippocampus, amygdala, thalamus, nucleus accumbens and intracranial space than the control group. They also had larger pallidum and ventricle volumes, which are areas of the brain that control memory, emotion, and sensations.

Aside from finding such abnormalities researchers said this more data collaboration would be useful to understand this mental illness.

Next, researches want to compare the effects of such abnormalities among other mental illnesses and distinguish which areas of the brain are affected in each illness.