Home » Immune System » Respiratory » Bradypnea: What causes abnormally slow breathing and how to treat it 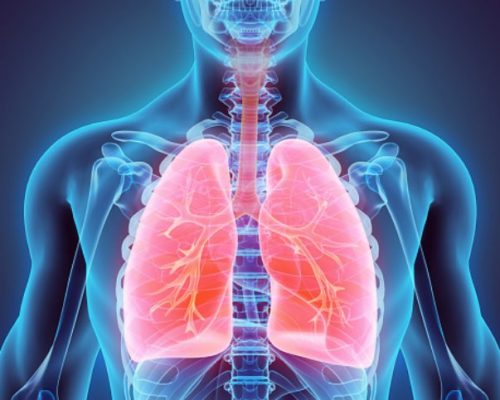 Bradypnea is the medical term for a reduced rate of breathing. The criteria for this is when a person’s breathing rate is less than 12 breaths per minute. Bradypnea can be due to a number of underlying reasons or medical conditions, or it can even occur during a normal sleep. However, if bradypnea occurs while you’re still awake, it can be a sign of certain conditions that are disrupting your breathing.

Normally, your breathing pattern is controlled by the brain, while you’re unaware of the number of breaths you take. If something were to compromise this process, it can lead to an unusually low rate of respiration.

There are many causes of bradypnea, as anything that disrupts the brain’s normal regulation of respiration can be a causative factor. The following are such causes:

Hypothyroidism: The thyroid gland is responsible for regulating our metabolism and can affect our rate of breathing if the level of thyroid hormones in the bloodstream decreases.

Obstructive sleep apnea: In this condition, patients wake up several times a night due to the spontaneous blockage of their airways. This results in a low breathing frequency and, therefore, recurrent episodes of bradypnea.

Effect of narcotics: These drugs affect mood and induce a euphoric feeling by impacting our nervous system. Narcotics slow down the brain’s performance and subsequently the respiratory centers of the brain. This leads to a decreased respiratory rate.

Brain diseases: Anything that affects the physiology of the brain such as blood clots or even tumors can affect its normal functioning. Damage do the medulla oblongata and the cerebral cortex that control the respiratory centers result in bradypnea.

Cardiac problems: Problems with the heart often lead to problems with the lungs, as they are interconnected and depended on each other to promote blood circulation. Any case of lowered heart rate can lead to bradypnea.

What are symptoms of bradypnea?

The following signs and symptoms may be present in an individual suffering from bradypnea:

Blood oxygenation occurs mainly during respiration, so when our breathing decreases so does our level of blood oxygenation. This may lead to the following conditions:

These conditions can lead to increased episodes of fainting spells and heart problems. A compromised respiratory system associated with bradypnea can be life threatening and potentially cause damage to other organs and tissues. In most severe cases of bradypnea, sudden death or cardiac arrest may occur.

A diagnosis of bradypnea is often made in conjunction with an underlying cause or due to a medication side effect. It can be assessed by calculating the total number of breaths taken within a minute. The patient should be in their resting state at the time to avoid skewing the results in any way. To ensure accurate calculation, breaths should be taken as they would normally and not be exaggerated or modified.

A full medical history will be reviewed to make a better assessment of your background, looking for any underlying condition, or possible medication side effect. Additional tests may include an electrocardiogram (ECG) to look for abnormal heart rhythms, or blood tests to look for causes such as hypothyroidism.

Once your doctor has narrowed down the potential causes for your bradypnea, treatment can begin. Treatment will depend on the type of underlying condition leading to the decreased respiratory rate. For example, in cases of hypothyroidism, the use of thyroid medication should remedy the condition.

However, in more complicated cases, supplemental oxygen will be given via a rebreather mask to ensure adequate oxygenation. Oftentimes, oxygen starvation in cells and organs can lead to a whole host of complications.

There are situations that require more invasive treatment, such as in the case of brain tumors or pathologies requiring surgery. Bradypnea due to narcotic addiction will require rehabilitation to get the body back to functioning normally.

Occasionally, severe cases of bradypnea may require a pacemaker to be installed in the heart to help regulate heartbeats and monitor the rate of breathing.