Home » Heart Health » Boost your heart health with this ingredient 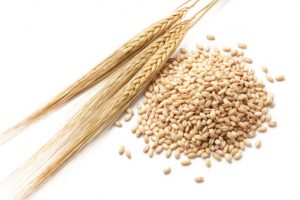 When it comes to heart health, you know what to do. Eat well, exercise, lose weight, don’t smoke, and watch your alcohol intake. Easy, right? Most of these tips are pretty straightforward, but “eat well” can be quite vague. Fruits and vegetables are important, and whole grains have been shown to improve your heart health, too. But there is one specific ingredient which you should start eating more of right now as it has been found to improve your heart health.

Barley has been recently crowned as a superfood, thanks to its heart health benefits. Researchers found that consuming barley or foods containing the grain can significantly lower cholesterol, a known risk factor for heart disease.

The study reviewed 14 clinical trials conducted in seven countries. This is the first study to look at the effects of barley on both LDL and HDL cholesterol. Research scientist Dr. Vladimir Vuksan said, “The findings are most important for populations at high risk for cardiovascular disease, such as type 2 diabetics, who have normal levels of LDL cholesterol but elevated levels of non-HDL or apoB. Barley has a lowering effect on the total bad cholesterol in these high-risk individuals, but can also benefit people without high cholesterol.”

“Barley’s positive effect on lowering cholesterol is well-documented and has been included in the Canadian strategy for reducing cardiovascular risk. Health Canada, the FDA, and several health authorities worldwide have already approved health claims that barley lowers LDL cholesterol, but this is the first review showing the effects on other harmful lipids,” Dr. Vuksan continued.

Unfortunately, we are eating less and less barley – at least 35 percent less in the last 10 years. Dr. Vuksan suggested that barley and oats are comparable when it comes to heart health effects, so people should also be willing to incorporate more barely in their diet – as much as oats. Not only is barley high in fiber, but it also has half the calories of oats, making it a better option for those looking to lose weight.

Dr. Vuksan suggests incorporating barley into existing dishes, using it as a rice substitute, or cooking it similarly to oatmeal.