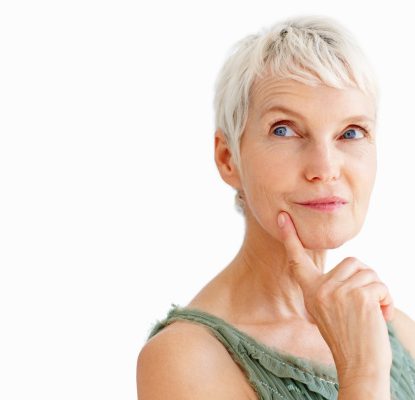 The decline in brain function needed for everyday thinking, learning and memory is common as we age.

But a new study suggests that nutrients high in antioxidants and other natural ingredients can help boost the speed at which the brains of older adults take in information.

Recently, a team of neuroscientists and gerontologists at the University of South Florida’s (USF) Health Byrd Alzheimer’s Institute investigated the effects of a nutritional supplement – rich in antioxidants – on the mental performance of elderly adults demonstrating no signs of impaired memory. The researchers’ supplement, called NT-020, contained vitamin D3 and amino acids, as well as extracts from green tea and blueberries.

RELATED READING: Seniors Have Sharper Memory Than Ever Before

USF’s formula was tested in a two-month clinical trial involving 105 healthy adults between the ages of 65 and 85. The volunteers who received NT-020 showed a marked improvement in their cognitive processing speed, which affects thinking and learning, while those who received a placebo did not.

According to researchers, participants from both groups performed a series of memory tests before and after the trial. In various pre-clinical trials, researchers also administered NT-020 to aging laboratory rats to see if it boosted memory and other brain functions.

The combined studies illustrated that NT-020 promoted the growth of stem cells in the brain, creating an overall rejuvenating effect. The results were published in Rejuvenation Research.

“Processing speed is most often affected early on in the course of cognitive aging. Successful performance in processing tasks often underlies more complex cognitive outcomes, such as memory and verbal ability.”

Researchers now are planning longer clinical trials so that the most feasible way of taking the formula may be better understood. NT-020 is not a supplement available on the market, but green tea and blueberries are easy to find in supplements and at grocery stores to incorporate into your diet.

If the study had included participants who were less healthy, cognitively speaking, or those with memory difficulty, they may have had more robust findings.

Still, even though physical activity and cognitive training are known to delay – or even prevent – the decrease in brain function as people get older, subtle dietary changes and nutritional supplements are now considered equally important in curbing such cognitive decline.