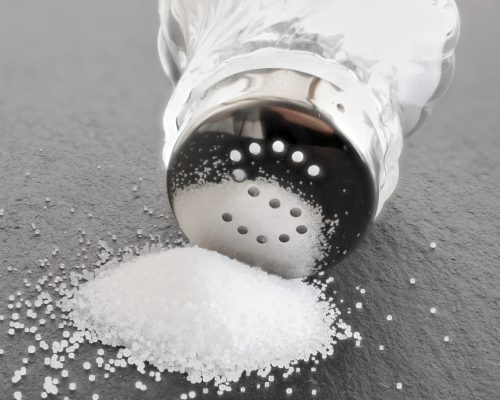 Bone fragility and fracture risk rises with high-salt diet in women after menopause, independent of bone density. The Japanese study found that women with the highest salt intake were four times more likely to experience a nonvertebral fracture, compared to women with the lowest salt intake.

Many previous studies have also looked at the impact of high sodium intake in relation to bone loss, so the present study went a step further to see if sodium impacted the risk of fracture, too.

The researchers looked at 213 postmenopausal women who underwent bone density scans, food questionnaires, and blood work, as well as tests to determine the risk of fall and grip strength.

Average sodium intake was 5,211 mg. Those in the highest salt consumption group were taking in 7,561 mg a day – that is the equivalent to seven McDonald’s double cheeseburgers. Women in the high sodium consumption group were 4.1 times more likely to have a pre-existing nonvertebral fracture, compared to those who consumed less sodium. Women with lower sodium intake did not have an increased risk of fracture.

New findings suggest that a low-salt diet does not necessarily help improve bone health in menopausal women. Corresponding author Dr. Laura D. Carbone said, “When we started the study, we thought we were going to be telling everyone again that a low-salt diet is good for your bones. Instead, our message is, low-sodium intake by itself is not likely to be beneficial to your bones. We definitely don’t want to go further than that and say high sodium is good for them.”

There is some logic behind the idea that low salt intake is better for bones. Salt increases calcium excretion, thus reducing calcium and contributing to weak bones. After the teenage years, calcium replenishment into the bones stops. Sodium can still prompt the release of calcium, thus leading to low bone density.

Guidelines from the Osteoporosis Foundation recommend a low-sodium diet, but the new study examines its potential benefits for bones. The researchers examined data from nearly 70,000 postmenopausal women followed for 11 years. They had fracture data on all the women and assessed the bone mineral density in 4,400 women.

Their findings were mixed, revealing that salt intake was not a contributing factor to poor bone health. Some studies found that higher salt intake was associated with stronger bones. When they factored in body mass index (BMI), no association was found between salt intake, bone density, and fracture rates.

Possible explanation for the findings stems from the fact that when sodium intake drops, the body has a natural mechanism to increase bone resorption.

A prospective study should be the next step to either confirm or deny these findings. The research should include holidays and weekends, as that is when sodium intake typically increases.

For now, the researchers suggest that a high calcium diet along with regular exercise are a good strategy to maintain bone strength. 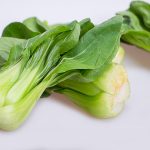 Below you will find some helpful tips to boost bone health after menopause.

Add calcium to your diet. The amount of calcium we need can vary based on our age and sex, but the truth is, most of us are not getting enough. If you don’t know how much calcium you are taking in, check with your healthcare provider. Great plant sources of calcium include greens, beans, dried figs, and almonds.

Eat your veggies (and fruit). We should be eating five to seven servings of vegetables and two to three servings of fruit every day. If you aren’t at these levels (or even close), try eating a vegetable or fruit with every meal or as a snack.

Cut back on salt, alcohol, and caffeine. One cup of coffee can be linked to a loss of up to two to three mg of calcium. Adding salt and alcohol to the mix can lead to even greater loss of bone density. Like many things in life, moderation is the key here.

Quit smoking (or don’t start for that matter). There is a correlation between smoking and lower bone density. Research on bone density and osteoporosis has found that women who stop smoking before menopause can dramatically reduce their risk of suffering a hip fracture, compared to those who continue to smoke. Smoking causes your body to make less bone-protecting estrogen. For women, estrogen drops after menopause.

Increase your exercise. Exercise can boost your chance of attaining peak bone mass and strength, all the while reducing your risk of fractures later in life. High intensity and strength-building exercises are best to help build bones. It’s important to know that gravity is your friend when it comes to building bones. Swimming and cycling are not as effective as running or jumping rope.

Watch your magnesium and potassium. Magnesium is almost as important as calcium when it comes to building up your bone density. You can get magnesium through leafy greens (a daily salad is a great habit). Potassium, while it does not play as big a part as magnesium or calcium, still is important in building bones. Bananas and potato skins are good sources for potassium.

Other minerals and vitamins to build bones. The supporting cast for healthy bones includes vitamins D and K along with boron, chromium, and zinc. Eating more greens and seafood can help you get what you need.