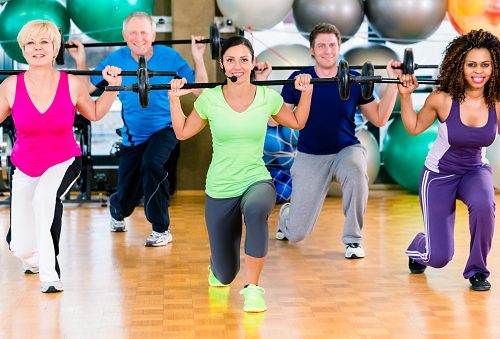 Low-weight, high-repetition resistance exercise has been found to increase bone density in adults by eight percent. The new findings challenge the assumption that to build bone mineral density heavy weight-training is required. An increase in bone density was found in the hips, legs, pelvis, arms and spine.

The researchers suggest that this type of training is not only successful in increasing bone density in older adults, but it’s maintainable as well. Additional findings suggest post-menopausal women would greatly benefit from low-weight, high-repetition resistance exercise for improved bone density.

Lead researcher of the study, Dr. Jinger Gottschall, said, “These findings challenge the traditional thought that high-weight, low-repetition exercise is the ideal way to increase bone mineral density. This is such a profound finding because low-weight, high-repetition exercise is easily attainable by anybody and everybody. This approach could help at-risk populations minimize the risk of osteoporosis.”

Postmenopausal women saw the largest increase in bone density – a whopping 29 percent. Lastly, researchers found a strong link between squat strength and pelvis bone mineral density, which means that style of exercising could reduce the risk of hip fractures.

Hip fractures are the most common bone injury among the elderly, contributing to death as well. One in five seniors with a hip fracture dies within the first year of the injury. Maintaining strong hips and pelvis can greatly reduce the chance of experiencing this type of injury.

Bryce Hastings, Group Fitness Research Officer for Les Mills International said, “Heavy weightlifting has been shown to increase bone mineral density, however many older and inactive adults cannot safely participate in this type of strenuous activity. The exercise regimen used in this study is a more feasible option. The beauty of LES MILLS BODYPUMP is that it is built on high-repetition choreography and instructors can identify progressive movement options for participants of any fitness level so they can build strength and bone density.”

The findings were published in The Journal of Sports Medicine and Physical Fitness.