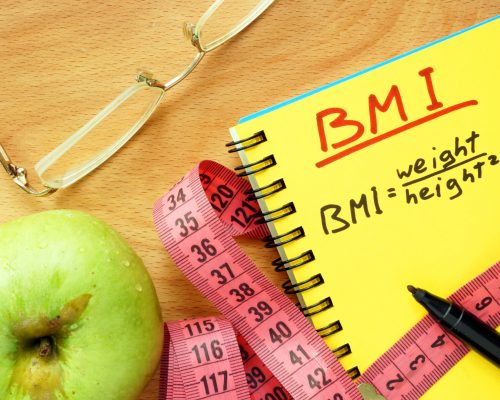 Body mass index (BMI) is a measurement designed to determine if a person is healthy or not, but a UCLA-led study has found that relying on BMI is inaccurate. Some employers use BMI to determine how much an employee will cost them medical-wise, and some insurers will begin to charge individuals more if they have a higher BMI. BMI is calculated using a person’s height and weight, but researchers are suggesting BMI isn’t as reliable as we believe it to be.

UCLA researchers have found that 54 million Americans are incorrectly labeled unhealthy based on their BMI. Lead author and psychologist A. Janet Tomiyama said, “Many people see obesity as a death sentence. But the data show there are tens of millions of people who are overweight and obese, and are perfectly healthy.”

The researchers examined the link between BMI and a variety of health markers, including blood pressure, glucose, cholesterol, and triglyceride levels taken from data from the National Health and Nutrition Examination Survey.
They found nearly half of Americans considered overweight were actually healthy, along with 19.8 million obese Americans who were deemed healthy as well. They also found that 30 percent of Americans in the normal BMI range were actually unhealthy, and over two million obese Americans based on their BMI were now classified as being healthy.

The researchers noted that previous research did not find a clear link between weight and height, and its relation to various health markers, meaning that just because a person is of particular weight and height doesn’t necessarily mean their blood pressure will be in normal range or even unhealthy range, for example.

Tomiyama added, “There are healthy people who could be penalized based on a faulty health measure, while the unhealthy people of normal weight will fly under the radar and won’t get charged more for their health insurance. Employers, policy makers, and insurance companies should focus on actual health markers.”

Jeffrey Hunger, co-author, explained that this study reaffirms the flawed design of BMI, and that individuals should focus more on eating well and exercising, and less about what the scale reads.