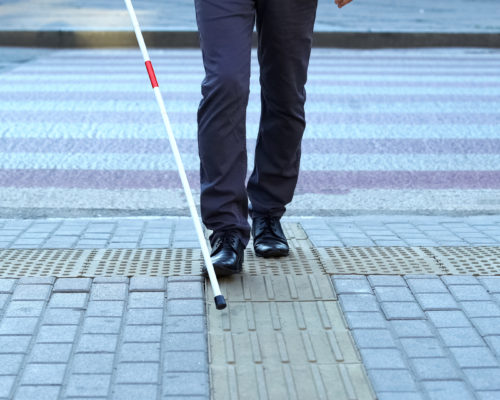 According to a new study from the journal Lancet, blindness, sight loss, and severe vision impairment are predicted to double by 2050. Vision problems are estimated to affect almost 900 million people worldwide in the next few decades, which is up from approximately 338 million today.

To come to this conclusion, researchers from Anglia Ruskin University (ARU) examined more than 500 studies showing trends in the prevalence of vision loss and blindness. After reviewing this data, Professor of Ophthalmology, Rupert Bourne, was able to make forecasts about vision loss over the next three decades.

This study found that currently, 43.3 million people are blind, 295.1 million people have major vision impairment, and 257.8 million are mildly visually impaired. While previous studies have shown that the prevalence of blindness among the over 50s has reduced by 28.5% globally over the past 30 years, population growth means these numbers will increase. An estimate by researchers states that with this population growth, the number of blind people may increase by 50.6%, and the number of people with major visual impairment is believed to almost double.

By using these models, the authors of this study predict a considerable rise in the number of people with severe visual impairment or sight loss in the next 30 years. They do, however, state that these numbers can be prevented if major steps are taken to address the problem.

Professor Bourne, co-ordinator of the Vision Loss Expert Group, spoke about the findings, “It is encouraging that age-adjusted prevalence of blindness has reduced over the past three decades, yet due to population growth, progress is not keeping pace with needs. We face enormous challenges in avoiding vision impairment as the global population grows and ages. One of the issues we faced when compiling this data is that for many countries, including the UK, there is a lack of accurate information due to the fact the population has not been officially surveyed for eye disease and its consequences. High quality, current data on eye health and also hearing loss, is needed so the UK can plan future services in the most effective way, improve outcomes for those affected, and develop a more effective public health strategy in these crucial areas. Without this, the provision of services is a postcode lottery as we don’t understand the unmet need.”

With the rising numbers of vision impairment and blindness possible in the near future, it is imperative that people start taking the health of their eyes seriously. There are many reasons why vision could be affected as we age, including environmental factors, food choices, and even prolonged blue light exposure. By learning how to protect the eyes from future damage, it may make all the difference in keeping your eyesight healthy for a lifetime.