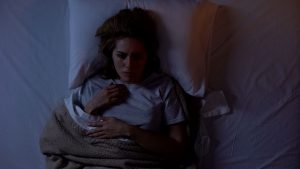 Everyone’s been awoken in the middle of the night to pee at some point. Maybe they had an after-dinner drink or had some tea too close to bedtime.

But for others, it’s a nightly occurrence.

Nearly two-thirds of adults between ages 55 and 84 experience regular nocturia – the need to urinate in the middle of the night – at least a few nights per week.

It’s not only extremely annoying, but it’s one of the most common causes of sleep troubles, which can impact overall health in a variety of ways.

But why does it happen?

Nocturia is largely an age-related condition and normal bodily changes bear some of the responsibility. Further, the older a person gets the more likely they are to be affected by medical conditions that may impact bladder function.

Sometimes it is entirely lifestyle-related. Drinking too much liquid in the evening, particularly if it is alcoholic or caffeinated, can increase urine frequency. But even water too close to bed may result in a late-night wake-up to relieve yourself.

The reality is that there are only a few treatments for nocturia. The first and easiest is to assess liquid consumption. Try cutting down on liquids in the evening – let’s say after dinner – and make sure you’re not drinking any alcohol or caffeine after mid-afternoon.

Taking a look at your medications could also offer some answers. Perhaps you’re taking something that increases the likelihood of nighttime urination. Talk to your doctor about other options or dosing.

Lastly, identify and begin treating any potential medical cause for the nocturia, like diabetes. Getting a handle on conditions that can lead to nocturia is the best way to limit its impact on your life.