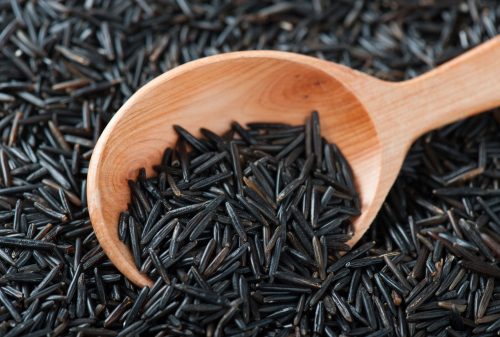 It has long been used in China as a staple in every day diets, but is it worthy of some of it’s more recent attention as one of the newest superfoods?

You may recognize it mainly from its presence in sushi, desserts, or even as a decoration on some popular dishes at your favorite Oriental restaurant, but it has recently been catching on in North America for its perceived health benefits, and is it living up to the hype?

Scientists and health experts say “yes”, as it is considered to have a slew of health benefits that were previously looked over, as most people are just beginning to catch wind of these benefits now.

What is Black Rice – Why is it So Special?

Black rice is considered to be a high fibre and low sugar rice cereal that some health experts are saying could provide the key to maintaining a variety of health benefits that even include cancer prevention and heart health maintenance. One researcher of the rice said that just one spoonful of black rice has loads of powerful antioxidants and vitamins (including vitamin E) and is even said to out pack the punch of blueberries, which is hailed as another high antioxidant superfood. The idea that it is also low in sugar and high in dietary fibre is considered an additional bonus that tips the scale in favor of the traditional Chinese rice.

Not only is black rice considered to be one of the superfoods coming to the forefront of the North American diet, but black rice bran is also said to have equal benefits when it is processed so that the hard coating is removed, distilling it to a powder state which is easy to cook and work with as well, making it an easy and healthy addition to many of your favorite foods.

Why Black Rice is a Powerful Antioxidant

The secret to this lies in how the rice is processed and produced. The outside layers of the rice can be removed to produce  brown rice or refined white rice. What research is suggesting is that the antioxidants from the plant help to act as a binder to potentially harmful molecules. This scientific process within the body can help to protect arteries and prevent damage that could eventually lead to cancer. That makes rice a potentially exciting new discovery on the health front as it could act as a powerful preventative measure against different types of illness, maybe even cancer.

There are many ways that black rice can be utilized, as a cereal for breakfast, it can be incorporated into baked goods such as cake or muffins to add a key source of dietary fibre. The healthy options are endless and black rice is also reasonably cheap to produce which makes it an inexpensive addition to your diets as well.

RELATED READING: Foods to Help You Beat the Mid-Day Slump

Experts in health are also claiming that because of the wide variety of options, and the fact it hasn’t really hit the mainstream until now, as well as the high antioxidant component, makes black rice a potentially healthier option to those who don’t care for the flavor and texture of it’s healthy counterpart: brown rice.

Study findings are preliminary, and should be taken with a “grain” of salt, but the data is still considered promising, hopefully bringing black rice into the light as a fantastic health and superfood option.