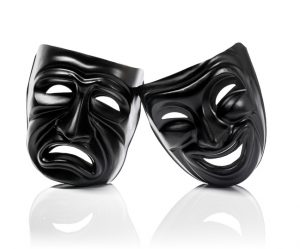 Bipolar disorder patients may develop anxiety or depression following an episode of mania. The findings come from a national survey that collected data from 34,000 adults. An estimated 5.7 million Americans have bipolar disorder which is a mental illness characterized by bouts of mania and depression.

Lead author and psychiatrist Mark Olfson explained, “Although it has long been widely assumed that bipolar disorder represents repeated episodes of mania and depression as poles along a single continuum of mood, the clinical reality is often far more complex. The link between mania and anxiety suggests that patients whose main symptom is anxiety should be carefully assessed for a history of mania before starting treatment.”

What is bipolar disorder?

Bipolar disorder is also referred to as manic-depressive illness. The results of bipolar disorder are unusual and sometimes dramatic changes in mood, energy, activity level, and ability to perform tasks.

In life, we all experience ups and downs. Whether it’s stress from a job or sadness brought on by a loss, these are considered normal ranges of emotion. But for those with bipolar disorder, these changes can occur unexpectedly and interfere with relationships, work, and even lead to suicide.

The highs and lows in bipolar disorder are referred to as manic and depressive. In the manic stage, the individual may act irrational and impulsive. In the depressive stage, they may experience hopelessness and not even wish to get out of bed. As you can see, these are two opposing and extreme emotions.

Biological differences: It’s been shown that individuals with bipolar disorder have physical changes in the brain. This, though, is still not enough to reveal an exact cause.

Neurotransmitters: Sometimes, there appears to be an imbalance among the naturally occurring neurotransmitters. This has also been revealed as a cause in many other mood-affecting disorders.

Inherited traits: Bipolar disorder has been shown to be more common among those with a family member who has had the disorder. Research is underway to pinpoint a potential gene that may be responsible.

Signs and symptoms of bipolar disorder

Aside from intense mood swings, there are other recognizable signs of bipolar disorder:

Types and treatment of bipolar disorder

Bipolar disorder is diagnosed using guidelines from the Diagnostic and Statistical Manual of Mental Disorders (DSM-5). There are a few different types of bipolar disorder, so symptoms will determine how they are diagnosed.

Bipolar 1 disorder: Individual must have at least one manic episode. This episode is followed by a major depressive episode. Individuals may become hospitalized and will have difficulty in their day-to-day routines.

Cyclothymic disorder: At least two years of hypomania symptoms – even less severe than hypomanic symptoms. Furthermore, there must be depressive episodes that occur within half the time.

Rapid cycling: Consisting of four or more manic, hypomanic, or depressive episodes within one year’s time.
Bipolar disorder also can be linked to a pre-existing medical condition such as multiple sclerosis, Cushing’s disease, and stroke. As you can see, diagnosis of bipolar disorder is heavily influenced by the symptoms and their longevity.

Common medical treatments for bipolar disorder include medication to balance mood, counseling and support groups, hospitalization and any treatment for substance abuse . The goal with medical treatments is to stabilize mood, reduce anxiety, and treat depressive episodes with antidepressants. Treatment for bipolar disorder can be lifelong, even if the individual doesn’t have manic or depressive episodes for quite some time.

There are some lifestyle changes that can help manage bipolar disorder. While the cause is unknown, there are no exact prevention tips, but changes in lifestyle can ease manic and depressive episodes. Tips include:

Although much in bipolar disorder is not understood, it is an illness that can be managed. Those affected can still enjoy a normal life. Receiving a diagnosis early on by recognizing the signs and symptoms can make living with bipolar disorder more manageable – and make it less of an interference to your regular routine.