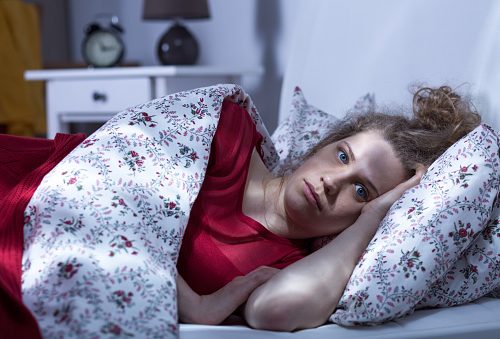 Bipolar disorder and poor sleep quality trigger negative moods in women. Bipolar disorder is a mental illness characterized by mania highs and extreme lows in mood. These changes in mood are not instant and in fact manic episodes can last for days along with depression.

Bipolar disorder can wreak havoc on a person’s sleep in numerous ways including the following:

During periods of mania, a bipolar patient may go days without feeling tired or even sleeping which can contribute to many of the above sleep complications. But the bigger issue with improper sleep is that it can take a greater toll on mood in those with bipolar disorder. 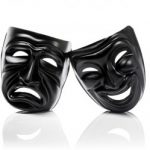 A study has found that in women with bipolar disorder poor quality sleep is linked with negative, lower mood. Dr. Erika Saunders, chair, department of psychiatry at Penn State College of Medicine, said, “Patients with bipolar disorder often suffer with sleep problems even when many of their other symptoms are well-controlled. Improving their sleep could not only better their quality of life, but also help them avoid mood episodes.”

“Women and men sleep differently. We know from studies of the general population that women have a different type of sleep architecture than men, and they’re at different risks for sleep disorders, particularly during the reproductive years,” explained Saunders.

The researchers analyzed 216 participants and looked at their sleep quality and its affect on mood at the beginning of the study and again over the course of the two year study period. Mood was measured by severity, frequency, variability of depressive symptoms or manic symptoms.

Poor sleep quality in women predicted an increase in severity and frequency of depression and mania – the same findings were not in men. Saunders added, “There is some suggestion from animal models that reproductive hormones affect the circadian rhythm system, which is a biological system that affects our need to sleep. It could be that reproductive hormones are biologically affecting sleep in women and therefore also affecting mood outcomes. Or, it could have more to do with the type of sleep that women are getting. We’ll have to do more investigation into the biological underpinnings to understand that better.”

“We feel it’s extremely important for clinicians and patients to recognize that sleep quality is an important factor that needs to be treated in patients with bipolar disorder, particularly in women,” concluded Saunders.

Sleep disturbances are common among those with bipolar disorder; in particular insomnia and bipolar disorder are often shown to be linked. Insomnia can be seen in both mania and depression and a vicious cycle can occur where countless nights of insomnia can trigger episodes of mania.

During depressive episodes the condition is known as hypersomnia where the patient sleeps for countless hours and will even nap throughout the day. Irregular sleeping patterns can contribute to new episodes of both mania and depression.

Our bodies run on what is called a circadian rhythm which uses biochemical, physiological and behavioral processes. The circadian rhythm is what controls sleep cycle, hormone function, appetite and body temperature.

Maintaining a regular sleep-wake schedule is essential for the treatment of bipolar disorder as an irregular schedule can contribute to bipolar complications.


Role of sleep in bipolar disorder

Poor sleep for a bipolar person can contribute to many complications as it can very well lead to episodes of mania and depression. A typical sleep pattern for someone with bipolar disorder may look like the following:

Although patients with bipolar disorder often have problems with sleep what is known is that proper sleep can help minimize mania and depression episodes and aid in better treatment results.

Getting better sleep with bipolar disorder

Proper sleep is essential for anyone, whether they have bipolar or not. Because poor sleep plays such a dramatic role on 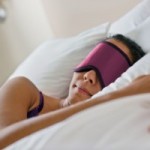 These are just some tips to improve sleep if you have bipolar disorder. For other tips talk with your doctor or a therapist who can make you a personalized plan.