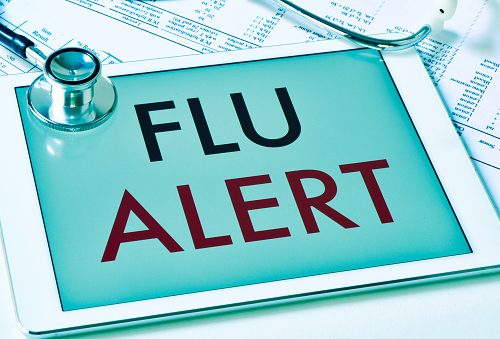 A new study published in PLoS Computational Biology has developed a new method for better identifying and predicting the onset of a flu epidemic. Through the analysis of data collected from the European Centre for Disease Control, combined with a variety of additional sources, researchers have been able to predict and identify the onset of an epidemic earlier, allowing healthcare facilities to better prepare.

The method was developed by a team of researchers led by Joana Goncalves-Sa of the Instituto Gulbenkian de Ciencia in Portugal, and aimed to address the limitations of the existing influenza surveillance system.

Utilizing the weekly reports on the estimated number of flu cases from the European Centre for Disease Control, in conjunction with data collected from Google in regards to almost real-time searches for flu-related topics, on top of the official influenza incidence rates and information from an on-call triage phone service, the team was able to predict the onset of an epidemic in close to real time, as opposed to the delay often associated with traditional surveillance methods.

All of this data is then entered into a mathematical and computational model that is able to pinpoint changes in the number of cases and signal the beginning of an epidemic. Researchers used data from other countries as well to test this method’s global applicability and found that in at least eight other European countries, the model was able to predict the onset of an epidemic by several weeks. This earlier detection allows healthcare facilities much needed time to better prepare for the influx of patients so they can treat an outbreak more effectively.
Goncalves-Sa commented on the effectiveness of their model, stating “Our method has two main advantages. First, it can be used with a diversity of data sources, some of them close to real-time, reducing sampling biased and delays in detection of the flu season onset. Second, the system is simple and reliable enough to be used by decision-makers. It basically offers a probability that the flu season has already started. When this probability crosses a certain threshold, health services should start preparing for the peak.”

Influenza is responsible for between three and five million cases of severe illness that each year kill up to half a million people. The development of this improved detection model may reduce these incidences of illness and death, as it allows for public health services to better prepare for treating patients. With further research, this model could be applied globally, and has the potential to be accurate in predicting the outbreak of other diseases as well.

Related: Tips to protect yourself from the flu