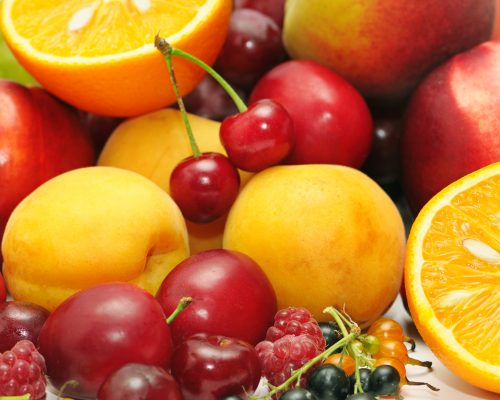 A new study has found that components in berries and citrus fruits may aid in male sexual function by helping them maintain a healthy erection. The research suggests that eating a flavonoid-rich diet may help improve erectile function as much as walking for two to five hours weekly.

Flavonoids are what give fruits and vegetables their vibrant colors and the study found that three specific flavonoids offer the greatest benefits when it comes to erectile function. These specific flavonoids can be found in blueberries, cherries, blackberries, radishes and red wine along with citrus fruits.

Dr. Bruce Gilbert, director of reproductive and sexual medicine at the Arthur Smith Institute for Urology, said, “I’m a firm believer that food is medicine. But does this paper give me the good sense that they have made their point that eating more berries will decrease erectile dysfunction? No.”

Over 25,000 men filled out health surveys regular from 1986 onward. In 2000, 2004 and 2008 the men were asked to rate their ability to maintain an erection and their answers were compared with their consumption of flavonoid-rich food.
The findings revealed that higher flavonoid intake was associated with 14 percent reduction in the risk of erectile dysfunction. Additionally, if a flavonoid-rich diet is accompanied with exercise erectile dysfunction risk reduces by 21 percent.

Although the findings of the study have been criticized by other researchers claiming they lack quantification it does reveal the importance of eating well and regularly exercising as a means of improving health.