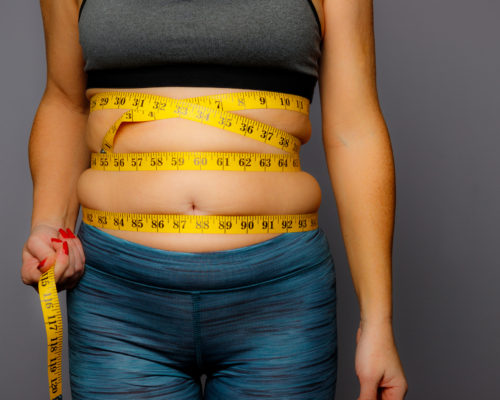 Obesity can cause a multitude of health issues, and a new study now shows how it can affect the risk of dementia. Researchers from the University College London have found that those who are obese in middle age may have an increased risk of cognitive decline, including dementia.

Leading the most extensive study of its kind, Dorina Cadar, lead researcher of the new study, said the goal is to identify risk factors that are influenced by lifestyle so steps can be taken to prevent mental decline.

“We hope that a substantial portion, but admittedly not all, of dementia cases can be prevented through public health interventions,” she said. Cadar is a senior research fellow at University College London.

The study published in the International Journal of Epidemiology outlines how Cadar and her colleagues analyzed data from nearly 6,600 people aged 50 and older who were part of a British study on aging. The data was used to obtain certain information on the patient’s dementia, including doctor diagnosis, informant reports, and hospital statistics.

It was concluded that dementia in those with obesity was a risk for both men and women. However, in women with abdominal obesity, the risk of dementia was even higher. Over an average follow-up of 11 years, they were 39% more likely to develop dementia.

There was no association between abdominal obesity and dementia found among men. However, when researchers considered both weight and waist size together, obese men and women alike had 28% higher odds of developing dementia.

These findings were independent of other lifestyle factors such as age, education, marital status, smoking, diabetes, high blood pressure, and genetics.

Links between underlying causes of chronic physical conditions and dementia are well known, and previous studies have outlined the health risks. Keith Fargo, director of scientific programs and outreach at the Alzheimer’s Association, said “The association between heart health risk factors — such as diabetes, obesity and high blood pressure — and cognitive decline and dementia is well established in Alzheimer’s research.”

These new findings help to add to the mounting evidence that links obesity to higher dementia risk. Fargo does admit that “the sex-based differences identified in the latest study are intriguing.” But he says, “it’s too early to know whether this finding is valid based on just one study.”

With so many reasons known to switch to a healthier lifestyle, this is another reason to slim down. Being obese in midlife appears to increase the odds of dementia, along with many other health issues that have been previously linked to excess weight. Talking with a doctor and discussing the best weight loss program will not only help to shed weight but also help to reduce the risk of harmful illness in the future.