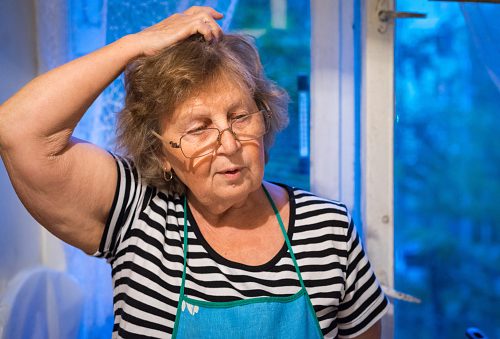 A new study suggests that women who feel extra forgetful could be showing signs of future dementia. Allison Kaup, Ph.D., from the University of California, San Francisco School of Medicine said, “We studied older women who noticed themselves having memory problems but who still performed normally on a standard test. These findings raise the possibility that memory complaints in older adults may be a very early symptom of a memory disorder that is just starting to gradually develop.”

Dr. Kaup stressed that those common memory problems, such as forgetting a person’s name, is not an indicator of dementia.

Researchers looked at women over the age of 65 with normal brain function. The women were followed for 18 years, and on four different occasions the women were asked, “Do you feel like you have more memory problems than most?”

Dr. Kaup said, “This simple question likely did not capture all the complexity that may be important in understanding an older individual’s concerns about their thinking skills. How to best measure subjective memory complaints is an important question that is still being researched.”

Dr. Luca Giliberto from the Cushing Neuroscience Institute said, “This could lead to further screening of these patients in order to figure out what type of cognitive impairment they bear. We are not necessarily talking about Alzheimer’s disease only.”
Previous research saw similar results in men, but some evidence suggests dementia risk varies between men and women. Dr. Giliberto added, “I cannot think of a specific reason why men should behave differently than women in this aspect, once all the other confounders are accounted for. Only a similar study in men can answer the question.”

Dr. Kaup added that the results do not reveal that a women who forgets name or why she walked into a room will develop dementia. She concluded, “It is important to remember that not all women who had memory complaints in our study went on to be diagnosed with memory or thinking impairment. There may be a variety of reasons for someone to have memory complaints that do not necessarily lead to the development of a memory disorder like Alzheimer’s disease.”

Dr. Giliberto suggests that just having anxiety about losing one’s memory could be enough to trigger forgetfulness.

Related: 7 tricks to boost your memory