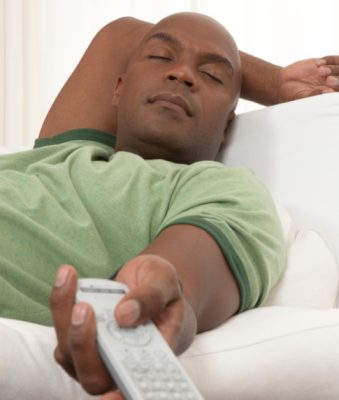 Over 800 million people around the world own cars and 60 percent of the world’s population own television sets, believe it or not, those numbers add up to a lot of heart attacks. This may sound odd, but the results of a world-wide study show a relationship between heart attacks and those who own both televisions and cars.

The lead researchers attribute the findings to the fact that using a car and watching a TV are sedentary behavior. If you own and TV and a car they are essentially saying it is a double hit against your heart.

Now here’s the good news… the authors of the study are convinced that with a little exercise you can zap the bad right out of your worldly possessions. Data collected through Uppsala University in Sweden looked at levels of activity during both work and leisure periods. People who did light or moderate exercise at work had 22 percent and eleven percent lower risk of heart attack than those who did very little physical exercise.

Here in Canada studies support the car and television ownership theory. Statistics Canada released a report in 2008 that attributed obesity to watching television and using vehicles for transportation. It talked about the health implications. It turns out that 25 percent of men who watched television for more than 21 hours per week were classified as obese and put themselves at a high risk for diseases like heart attacks. Twenty-four per cent of women who watched for the same amount of time were labeled as obese and at risk. The study did take into consideration the family history and diet of each participant.

Sitting, watching television doesn’t activate the body. In other words, being a couch potato can kill you. Mild to moderate exercise can improve many functions within the human body. Small amounts of physical activity such as walking are good for our hearts.

A recent study in Hong Kong determined that 20 percent of all deaths of people 35 and older could in some way be linked to lack of exercise. The report suggests walking and cycling to and from work would make a big difference in a lot of people’s lives. Ironically, our bodies are the opposite of automobiles. Car parts wear out the more they are used; however, doctors say our body parts need to be used in order to keep them strong and to ward off ailments. Blood, oxygen and nutrients are all activated by physical movement which can help us live longer. Here’s what mild to moderate exercise can do:

This most recent study linking cars and televisions to heart attacks points out that urbanization, and the use of other conveniences like computers, escalators, elevators and appliances are also contributing factors to a more sedentary lifestyle.

No one is suggesting we sell our cars or never watch another television program. However, riding our bikes or walking the local grocery store makes more sense.