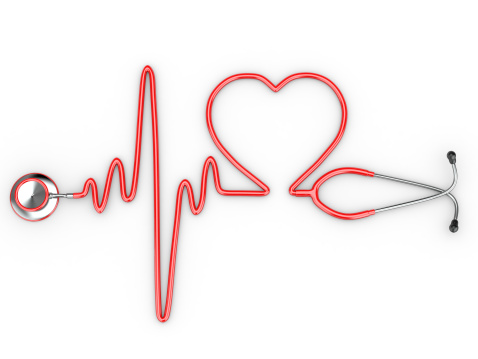 There is scientific evidence that laughter is in fact good medicine. Researchers believe that it really rings true when referring to our hearts.

Researchers at the University of Texas used brain scans and other neurological based tests to determine that humor triggers chemical responses that lead to feelings of well-being. They say arteries respond in ways that could improve blood flow and long-term health. During one phase of their study, the researchers had a group of participants watch a comedy video and then measured their artery function. They took another group of volunteers and asked them to watch a documentary.

The popular theory about laughter giving way to good health is that it releases endorphins that connect to receptors in the lining of our blood vessels. The blood vessels then release a molecule that relaxes the arteries allowing for easier blood flow.

The University of Maryland has conducted similar studies and concluded that mental stress has a big impact on heart health. Their studies concur with other research that shows lack of humor can create, “vasoconstriction” or reduced blood flow. Some of the researchers have gone as far as to say that laughter can lead to the same benefits as aerobic exercise.


Not Just Good Heart Health Either

Heart attack prevention may not be your main health concern; however, a great deal of research shows humor promotes good health over-all. The Loma Linda University in California has conducted several studies on “mirthful laughter”. They say it not only improves mood; it decreases stress hormones, improves immune activity, lowers bad cholesterol and systolic blood pressure, and it raises good cholesterol.

Maintaining a healthy diet, exercising, avoiding tobacco and limiting your stress should all be part of your heart attack prevention strategy. Physicians say while many people de-stress with humor; others find it difficult.

The University of Maryland did a study with both heart attack patients and those who had never experienced a heart attack. They examined their humor meter by asking them a series of questions. In one section they were asked how they would feel if they arrived at a party to find someone was wearing the same outfit they were, how they would react if a waiter spilled a drink on them in a restaurant, and if they wonder if people have hidden reasons for doing something nice. The researchers discovered that the majority of people who had suffered heart disease were unable to recognize humor or use it to deal with uncomfortable situations. They didn’t laugh very much and even during positive times they displayed more anger. The authors of the study believe that everyone needs to exercise, eat right and laugh a few times a day to ensure good health.

Heart disease is no laughing matter, but humor can play a role in heart attack prevention. The National Heart, Lung and Blood Institute provide detailed information on who is at risk for heart disease and how to protect your heart.