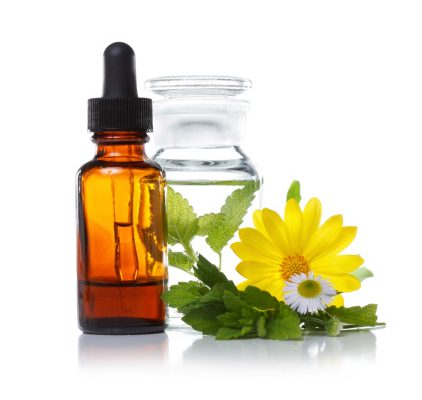 While Mother Nature is mostly taken for granted in these modern times, science still concedes that, once in a while, she can amaze us with some pretty incredible solutions for our most serious health problems.  Thankfully, researchers are finally beginning to take notice of Mother Nature’s “alternative” medicine cabinet,  opening their minds and research laboratories to some of the potential treatments and remedies it may hold that have as yet eluded the pharmaceutical industry. Some of their latest findings – especially those in the study of cancer, Alzheimer’s disease and even HIV – are nothing short of miraculous.

The latest discovery from Mother Nature’s medicine cabinet is a type of tree bark that may be able to solve the HIV crisis. Paul A. Wender, Ph.D., of Stanford University, spoke at the 246th National Meeting & Exhibition of the American Chemical Society (ACS). In his speech, he described the use of tree bark by the Samoan natives (Samoa is an island in the South Pacific). The natives traditionally brewed the tea to use as an herbal remedy, but Wender presented a new application for this unique tree bark:  to use it to make prostatin, an agent that fights AIDS/HIV and other diseases. His work focuses on the eradication of the HIV/AIDS problem, on developing medications as treatment for cancer resistance to drugs, and creating treatments to slow or stop the progression of dementia and Alzheimer’s disease.

Wender’s speech detailed the process through which he and his team were able to break down the bark in such a way that a large quantity of prostatin could be made from common ingredients. Until recently, the extraction of prostatin required a painstaking process, which only yielded small, unpredictable amounts of the natural remedy. The new method of synthesizing prostatin enables more and more studies to be done regarding the effectiveness of the compound, as larger quantities are made available with less work.

Not only is more prostatin produced, but the synthetic variants of the compound are proving to be far more potent than the compound produced from the previous method. These synthetic versions of prostatin have been tested, and already they’re proving to be amazingly effective. Incredibly, they’ve shown promise when it comes to protecting human cells from being infected with the HIV virus. These latent viruses cannot be cured by any of today’s medications, so preventing them from being activated is key to keeping patients healthy.

Prostatin helps to flush these dormant viruses from the cells, ensuring that the anti-viral medications – which only attack active HIV viruses – are able to combat the virus. To sum it up, prostatin uproots the “weed” that is HIV, enabling the medication to work on killing the virus itself. There may be potential for dealing with cancer cells in the same way.

While the recent tests have been oriented towards HIV and cancer, the synthetic form of this natural remedy has shown great promise for dealing with other previously-untreatable disorders. A similar form of the compound known, as bryostatin, has been tested on lab rats, and has proven to have a visible effect on forming new neural connections that can help to improve memory and learning. The compound may have potential as a treatment for those with memory loss, brain damage as a result of strokes, and Alzheimer’s disease.