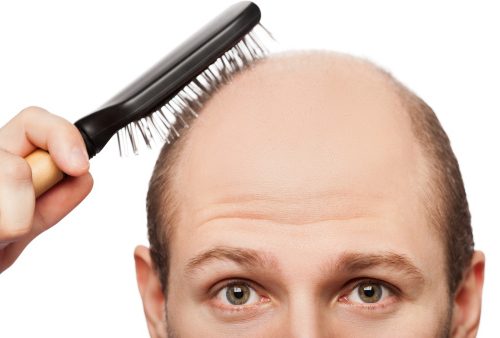 Hair loss, particularly male pattern baldness, can drastically lower a man’s self-confidence and even affect his social life. New research published in BMJ Open shows that certain patterns of male hair loss carry other more serious risks as well.  According to the recent study, if a man has hair loss at the top (crown) of his head, he may be at a significantly increased risk of heart disease.

Two databases – Medline and the Cochrane Library – were searched by the current researchers to look for studies that had investigated male pattern hair loss and heart disease.  The researchers were able to find 850 reports that had been conducted between 1950 and 2012; however, only 6 of these potential reports matched the criteria needed for their research.  The included studies had been conducted between 1993 and 2008 and included approximately 40,000 men.

The researchers first looked at three cohort studies that had followed participants for 11 years.  These reports showed that men who had lost most of their hair were at a 32 percent increased risk of heart disease compared to men that maintained a full head of hair.  When the researchers limited the age of the men to those younger than 55-60 years of age, the risk of developing heart disease when a man had significant hair loss climbed to 44 percent.

Potential Reasons behind the Link between Hair Loss and Heart Disease

While further research is needed to determine the mechanism by which male pattern baldness and hair loss are related, there is a definite link, particularly between cortex hair loss and heart disease.  Men that have moderate to significant baldness at the crown of their head should be monitored closely for heart disease. Furthermore, modifiable risk factors for heart disease, such as diet, exercise and lifestyle factors, should be addressed to reduce the risk of heart disease.