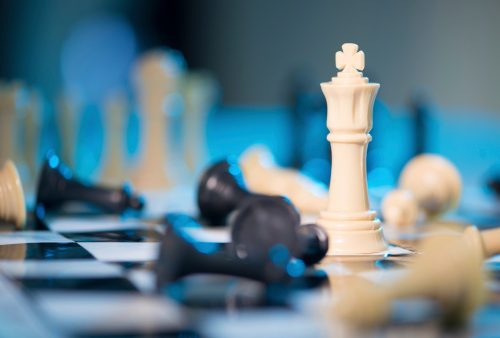 A recent study published in this year’s July edition of Science exposes the truth about the modus operandi of bacteria. The study reveals how these microscopic villains resort to trickery to hinder you body’s immune response. Researchers say that the sly manner in which these bacteria operate has been grossly underappreciated.

Bacteria cause damage to the body by discharging proteins that are highly toxic into the host body. Until recently it was believed that many of these toxic proteins target essential molecules that are either sparsely populated or those that send important signals. Since the target molecules are few in number, the amount of toxin required to do the damage is small. On the other hand, there are some toxins which deviate from the norm and target proteins that are abundantly populated.

But the current study reveals that while the toxin responsible for whooping cough targets an abundant protein, it also seeks out one of the sparse molecules, but in a tricky way. The toxin works on the abundant protein and converts it into a new poison which in turn, hones in on the sparse molecule. By doing this, the bacteria effectively makes the immune cell impotent.

Understanding the workings of the toxins is critical because it provides the link to the disease-causing role of bacteria. Some of these toxins are very lethal.
For example, the bacterium that causes dysentery and whooping cough releases a toxin so powerful, just one molecule can destroy an entire cell.

Dmitri Kudryashov, senior author of the study, and assistant professor of chemistry and biochemistry at The Ohio State University has an interesting take on this bacterium’s strategy. He likens it to an intricate battlefield strategy. He says the bacterium realizes that to be victorious in battle, it does not have to destroy the entire army of soldiers. All it needs to do is recruit (with the help of a spy) a few soldiers who will betray their own army.

“This strategy of the whooping cough toxin suggests that, our current thinking that toxins act only on highly populated proteins, is possibly not the complete truth,” said Kudryashov.

Previous research had shown that ACD, a toxin that has a strong affinity to actin (which represents the abundant soldiers in the strategy) binds several actin molecules together in a manner that reduces their ability to properly function, thus restricting how the immune cells render the bacteria useless .

But Kudryashov and his team realized that a significant amount of the toxin would be needed to achieve this result. They assumed a lesser amount of the ACD toxin could be disabling cells by targeting something less common than actin itself.

Laboratory tests with cultures using cells from the lining of intestines, confirmed their suspicions. The scientists discovered that while the toxin poisoned the cells, only a small percentage of actin was affected. After thorough study, the researchers found a more apparent target – a protein called formin. What ACD effectively does is, hijack formin by converting actin molecules into new potent poisons. To authenticate their findings, the researchers confirmed the effect ACD has on formin through more experiments.

The trick strategy adopted by the toxin secreted by whooping cough bacterium, where it seems to attack actin but actually hijacks formin, put a new spin to our understanding of the mechanism of bacterial toxicity.

The researchers hope that, going forward, this knowledge of how bacteria work will help us reduce the potency of the bacteria in our bodies.