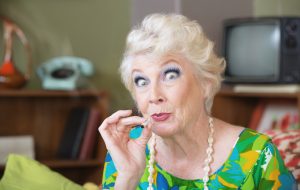 A new study has found that marijuana use among baby boomers is on the rise. Dr. Benjamin Han, geriatrician and health services researcher at the Center for Drug Use and HIV Research (CDUHR), explained, “Given the unprecedented aging of the U.S. population, we are facing a never before seen cohort of older adults who use recreational drugs. Older people may use marijuana for a variety of reasons — including medical reasons – however, we need to make sure they are not using it in a hazardous manner, since older adults may be vulnerable to its possible adverse effects. One particular concern for older users is the risk of falls while using marijuana. However, this has not yet been studied.”

The researchers reviewed data from over 47,000 adults over the age of 50. They found that marijuana use among this population segment rose 71 percent between 2006 and 2013. Furthermore, only five percent of adults felt that smoking marijuana a couple of times a week felt was a threat to health.
Dr. Han added, “With the increased availability of legalized marijuana, there is an urgent need to understand the prevalence of its use and also its effects among older generations.”

Study researcher Joseph Palamar added, “For years, we’ve been worried about the potential effects of marijuana on the developing brains of teens, but now we may need a bit more focus on their grandparents, who are increasingly more likely to be current users. Personally, I don’t think we need to be very alarmed about most older people who are using marijuana, as our results suggest that only four percent started use after age 35. It is probable that most older users are at least somewhat experienced and are, hopefully, at reasonably low risk of harming themselves or others after use.”

Clearly, based on this study, the effects of marijuana on those over the age of 50 need to be further investigated. The findings also dispel the myth that older adults do not use recreational drugs.