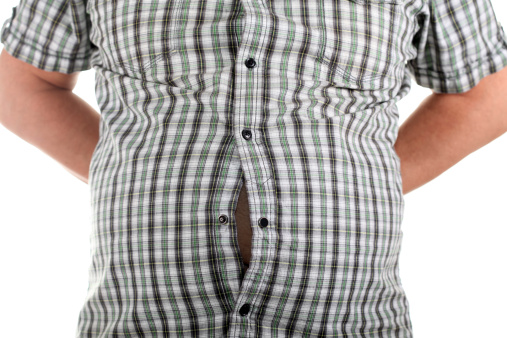 Cancer affects the lives of millions of people around the U.S., a country that ranked 7th highest for cancer rates in 2011. There are many factors that contribute to the formation of cancerous tumors in the body – smoking, hormonal imbalances, and constipation, to name just a few.  Now, add fatty foods to the list.

While recent studies have linked high fat diets to obesity-related diseases, the findings at UCLA’s Jonsson Comprehensive Cancer Center suggest that high fat diets should be undertaken with great caution. The study involved mice, which were fed a diet high in both fat and calories. The high fat, high calorie diets caused the mice to develop lesions on their pancreas, known as pancreatic intraepithelial neoplasias. These lesions are known to be a precursor to pancreatic cancer, now providing a link between obesity and cancer.

Dr. Guido Eibl, professor-in-residence at the David Geffen School of Medicine’s department of surgery, was the lead researcher of the study, which published its results in the Cancer Prevention Research Journal. The goal of the study was to induce obesity in the mice through a high fat diet, and to compare the bodies of these mice to other genetically identical mice that were not fed the high fat, high calorie diet.

The mice that ate a high-fat diet gained 15.9 grams on-average, while those that ate a normal diet only 7.2 grams over the course of the 14-month study. The obese mice were now in a much higher risk bracket of developing health problems, such as pancreatic disorders. Obesity in mice is remarkably similar to obesity in humans, so the purpose of this study was to understand how obesity specifically affects the pancreas.

Pancreatic cancer is one of the deadliest forms of cancer. Roughly 3 to 5 percent of pancreatic cancer sufferers survive beyond five years after being diagnosed, and the average period of survival is no more than 4 to 6 months. Pancreatic cancer is particularly aggressive, and it is usually diagnosed in its later stages, making treatments significantly less effective at combating the disease. There are only a limited number of treatments available, and they are limited in their effectiveness as well.

For this reason, researchers are looking towards preventative measures rather than cures, as prevention seems to be the only way to deal with this aggressive cancer. Up until now, there had been a suggestion that obesity and pancreatic cancer were linked, but there had been no concrete evidence to link the two. The results of this study provide the connection, and it actually provides help for doctors and their patients to prevent cancer.

Dr. Eibl commented that the lesions that are a precursor to pancreatic cancer take a long time to progress to the cancerous stage, so preventing these lesions from forming or worsening can help to lessen the risk of developing cancer. The best way to prevent these lesions from forming is by avoiding a high fat, high calorie diet, a recommendation that most doctors are making for obese patients anyways. Losing weight by eating a healthy, balanced, low-fat diet can help to reduce the risk of not just cardiac disorders, but now pancreatic cancer as well. It’s just one more argument for eating right and exercising regularly every day!