Home » Health News » Being Autoimmune Can Be a Cause of Glaucoma: Study 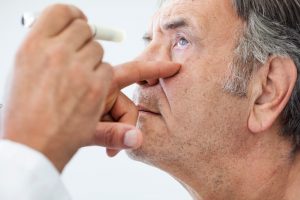 Glaucoma is a disease in the eye that is characterized by increased pressure inside the eye, which can damage the optic nerve and lead to blindness. Elevated eye pressure can occur from the natural aging process, as the ducts that allow fluid to drain from the eye become blocked.

Glaucoma affects approximately 70 million people internationally and is the leading cause of irreversible blindness worldwide, but there still is not much known about what causes the condition. Because of this, many patients have glaucoma without knowing it for a long period of time. By the time the condition is properly diagnosed, there may be irreparable damage to the nerves in the eye.

A new study from MIT and Massachusetts Eye and Ear has found a link between autoimmune diseases and glaucoma, potentially meaning that glaucoma itself is an autoimmune disease. The study measured the activity of T cells in mice and found that these cells may be responsible for the degeneration caused by glaucoma. The cells appeared as though they had been primed to attack the cells in the retinal nerve in the eye.

The researchers believe this priming is due to interactions with certain bacterial heat shock proteins, which are normally found in the human body but can cross over from other animal species as well. These “guest” proteins would prime the T cells to attack all heat shock proteins.

If the autoimmune activity they found could be blocked, it might open a new method for treatment of glaucoma. “This opens a new approach to prevent and treat glaucoma,” says Jianzhu Chen, one of the senior authors of the study. Most of the current treatment options focus on lowering the pressure in the eye, but this has not been found to be particularly effective, as the disease worsens in many patients even when the pressure levels have been returned to normal.

One of the researchers found this principle to be true when she tested it in mice. “This pressure change must be triggering something progressive, and the first thing that came to mind is that it has to be an immune response,” says Dong Feng Chen, another senior author on the study. The researchers were surprised to find T cells in the eyes of the mice they tested, as the blood-retina barrier generally blocks them from entering the eye, to decrease inflammation. The analysis showed that when the intraocular pressure increased, the T cells were able to breach the barrier and make their way into the retina.

The researchers then investigated human patients and found that people with glaucoma had nearly five times the normal level of T cells related to heat shock proteins, confirming their belief that autoimmune actions may be related to glaucoma in humans as well. “What we learn from the eye can be applied to the brain diseases and may eventually help develop new methods of treatment and diagnosis,” says Chen.