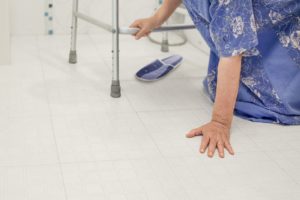 Popular medications prescribed by health professionals for the treatment of atrial fibrillation may increase the risk of falls, according to a new study. One in four Americans fall each year, and this serious health concern could be avoided if the cause was known.

Fainting and falls are a serious health concern in the aging population, and health care professionals are seeking new ways to help reduce these concerns, including looking towards studies such as this. The research published in the Journal of the American Geriatrics Society helped to show that taking atrial fibrillation medication may raise the risk for falls and fall-related injuries.

It is known that certain conditions do contribute to the risk of falls in seniors, and atrial fibrillation is one that can affect balance issues. Atrial occurs in three to five percent of people over the age of 65. It occurs when the upper (atrial) part of the heart contracts rapidly and irregularly (fibrillates). The condition may be continuous or occasional and is the most common irregular heart rhythm in older adults.

To prevent the symptoms of atrial fibrillation, health professionals often treat patients with medications to help control heart rate. However, these medications are now under scrutiny for possibly raising the risk of falls and fainting.

To learn more about the connection of these medications and falls in seniors, researchers in Denmark used health data to identify patients who were between the ages of 65 and 100 when they were first diagnosed with atrial fibrillation. Records from 100,935 atrial fibrillation patients 65 years or older were examined who filled prescriptions for heart rhythm medications. The prescriptions included beta-blockers, certain calcium channel blockers (diltiazem, verapamil), digoxin, amiodarone, flecainide, and propafenone.

Researchers concluded the study by saying, “Our findings add evidence that, for older patients with atrial fibrillation, treatment with amiodarone is associated with a higher risk of fall-related injuries and fainting.” They also noted that the amiodarone connection was strongest within the first two weeks of the treatment but still present after long-term treatment.

Studies such as this show the importance of being informed about the adverse risks of treatment, including all medications. This information can be crucial for patients and health professionals when making decisions on what treatments they wish to take to control their condition.