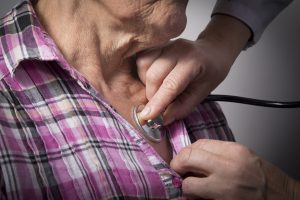 For the study, nearly 35,000 women were followed for 20 years and the researchers found that those who developed atrial fibrillation had a 60 percent higher risk of cancer.

The researchers suggest the association may be due to a real connection between atrial fibrillation and cancer, as well as the fact that atrial fibrillation and cancer share common risk factors including smoking and obesity.
Although the study was conducted on women, the researchers suggest that the same findings would probably be seen in men as well. Conen explained, “There is no reason to believe the risk isn’t the same in men as in women. If you reduce risk factors, you are also going to reduce cancer risk.”

The researchers found that the increased risk of cancer was highest within the first three months of atrial fibrillation diagnosis, but the risk did persist over the long term as well.

On the other hand, women who developed cancer had the highest risk of atrial fibrillation only within a three-month period following the diagnosis.