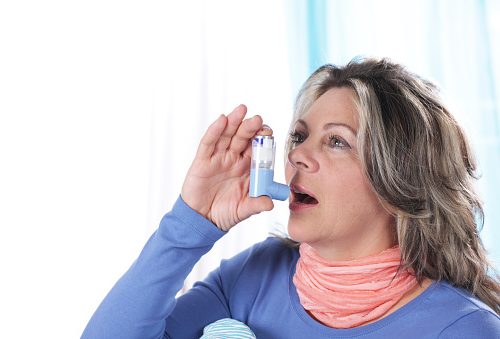 Researchers have uncovered numerous factors that contribute to the risk of asthma in women, namely, being underweight or obese while smoking and drinking. The researchers analyzed data from 175,000 people aged 18 to 44 in 51 countries. The risk of developing asthma doubled in underweight and obese women who drank and smoke, compared to women of normal weight who did not smoke and drink.

Underweight or obese women who drank and smoked also had a double or even triple risk to experience wheezing, but the study only reveals an association and not a cause-and-effect relationship.
Lead author Jayadeep Patra said, “Although individual physical and behavioral factors associated with asthma have been examined before, people are often exposed to multiple risk factors, so it’s important we understand the combined impact. Our research found overall increased risk for wheezing and asthma in both men and women, but the magnitude of the combined effects from low or high BMI, smoking and drinking was consistently higher among women than men.”

A condition associated with breathing difficulties, asthma is most prevalent in low- to middle-income countries. Other common risk factors for asthma include widespread indoor use of solid fuels such as charcoal, wood, or dung for cooking.