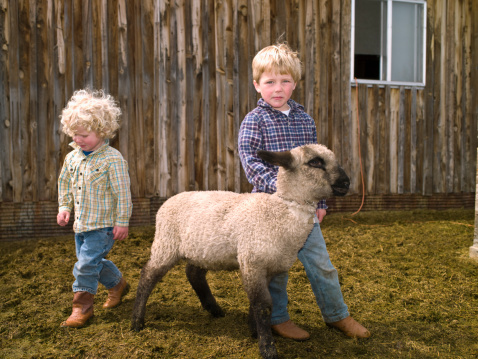 A link has been uncovered between farm dust bacteria and its ability to protect people from asthma and allergies. The findings were discovered by researchers at VIB (a life science institute in Belgium) and Ghent University.

Previous research on children who consumed raw cow’s milk revealed it could protect them against allergies and asthma. Those previous findings are what prompted researchers to conduct their current research. Professor Bart Lambrecht from the university said, “At this point, we have revealed an actual link between farm dust and protection against asthma and allergies. We did this by exposing mice to farm dust extract from Germany and Switzerland. These tests revealed that the mice were fully protected against house dust mite allergy, the most common cause for allergies in humans.”

But why are farm dust bacteria useful in protecting individuals from asthma and allergies? Well, it is because farm dust creates mucus membranes inside the respiratory tract to react less to severe allergens such as house dust mites. Professor Hamida Hammad added, “This effect is created by the A20 protein, which the body produces upon contact with farm dust. When we inactivate the A20 protein in the mucous membrane of the lungs, farm dust is no longer able to reduce an allergic or asthmatic reaction.”

Their findings were tested on humans which revealed those who suffered from allergies were also low in A20 protein. Researchers also examined 2,000 children raised on farms and found the majority of the children were protected from asthma and allergies. Those children who did develop allergies had a mutation of the protein A20 which led it to malfunction and not be protective.

Researchers are now attempting to uncover the protective property in farm dust bacteria as a means to prevent asthma in the future.

Asthma is a respiratory condition which affects breathing. It occurs when the airway passages narrow and swell thus creating excess mucus. Breathing becomes impaired and it can lead to coughing, wheezing and shortness of breath.

Symptoms of asthma include:

Causes and risk factors of asthma

Not everyone will develop asthma in their lifetime and doctors are still unsure why some people develop it and others do not. It is believed that genetic and environmental factors could play a 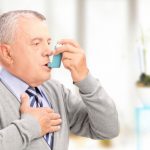 role in the onset of asthma. What we do know are common triggers to induce asthma symptoms which include:

Although an exact cause of asthma is unknown there are some factors which can increase a person’s risk of developing asthma or experiencing symptoms of asthma. They are:

Because there isn’t an exact cause of asthma there isn’t a sure-fire way to prevent it. What you can do though, is prevent severe asthma attacks and better manage your asthma so it doesn’t begin to affect daily life. Here are some tips to better handle and prevent asthma.

Breathe easy this summer with these tips