Home » General Health » Asthenia: Causes and how to treat it 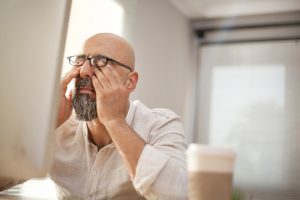 Asthenia is a term used by the medical community to refer to weakness. It is a psychopathological condition characterized by extreme acute or chronic loss of strength. This condition may lead to sleep disturbances, fatigue, or lack of energy as well as hyperesthesia, which is an extreme sensitivity of the skin.

Asthenia may be restricted to a single part of the body or affect the body as a whole.
This condition can lead those affected to be unable to perform or finish tasks. Activities may be started without a problem, but due to a reduction or loss of overall strength, they may be difficult to complete. It is possible that an underlying disease or other medical condition can lead to a reduction in muscle strength, such as muscular dystrophy.

Weakness in asthenia may be described as either true weakness or perceived weakness:

What are the causes of asthenia?

There are many reasons why you may experience excessive amounts of weakness. The following are just some examples:

The symptoms of this condition depend if it’s localized or generalized throughout the body, but regardless, they always present with some form of weakness. Having an underlying cause for the condition may also present with additional symptoms unique to that particular underlying condition.

Affecting only a part of the body:

There are several forms and classifications of asthenia. They are classified according to the underlying cause and are as follows:

Nerve asthenic syndrome: A form of neurosis whereby the central nervous system is greatly weakened. This leaves the affected individual in a bad mood, irritable, and possibly very aggressive.

Expressed asthenic syndrome: Also known as an organic asthenic disorder, it may develop as the result of an underlying organic brain disorder. Altered mental states tend to leave these patients with tension, as they are very sensitive to stimuli during stressful periods.

Cerebroasthenic syndrome: This occurs due to a violation of the metabolism of brain neurons as the result of a previously unknown infection or head injury.

This often manifests as emotions that the patient is unable to control.

Asthenia with flu: This viral infection is a common cause of muscular weakness, making patients irritable, maladjusted, and reducing capacity to work.

Vegetative syndrome: A form of asthenia that can be seen in adults and children and can be appreciated during periods of serious infection.

Asthenic depression: May present with sudden uncontrollable mood swings. Other symptoms of impaired concentration, memory loss, and impatience may be seen as well.

Diagnosing asthenia can be difficult, as the primary symptom—weakness—is non-specific and can have may causes. Your doctor will most likely do a whole battery of tests to see if any values appear abnormal. These tests may include:


How to treat asthenia?

To receive adequate treatment of asthenia, underlying causes will need to be identified. The cause will dictate what needs to be done to help recover. The following are some of the possible treatments based on their cause:

It is important to visit your local physician if there is any doubt of the cause of your asthenia.

Are your genes to blame for your low energy?

Low energy? It could be your medications