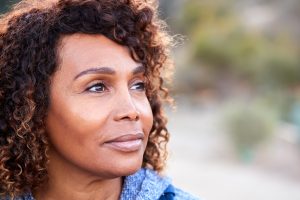 Women with excess cardiovascular fat may be at a higher risk for memory issues such as dementia. Women are disproportionately affected by cognitive decline, and a new study suggests that changes in cardiovascular fat after menopause may be a possible cause.

For the study, researchers assessed the relationship of cardiovascular fat volume and radiodensity with future cognitive performance in women during midlife. Racial differences were also studied for any differences since black people generally have lower cardiovascular fat volume but are at a higher risk for heart disease and have a higher prevalence of Alzheimer’s disease compared with white people.

The study was based on SWAN (Study of Women’s Health Across the Nation) data and included nearly 500 women of which 30.6% were postmenopausal, and 35.9% were black.

The study conclusion was independent of the volume of PVAT depot, waist circumference, and other known conditions that may interfere with results.

“Our study suggests that the quality, rather than the quantity, of perivascular adipose tissue at midlife may serve as a novel biomarker of cognitive function status in women later in life. We need more research to understand the underlying mechanisms of the reported association,” says Dr. Samar R. El Khoudary from the University of Pittsburgh and senior author of the study.

Every avenue is being pursued for answers as to why women are more at risk for dementia. The incidence of the disease is higher in women than in men, and this cannot simply be attributed to the higher longevity of women versus men. This study helps to understand the relationship between cardiovascular fat in women and how it may be a contributing factor to a higher risk of cognitive decline.

Researchers believe studies such as this one can be valuable in helping healthcare providers identify who may be most at risk for cognitive decline so early intervention can be taken. When caught early, the progression of dementia and Alzheimer’s disease may be delayed.