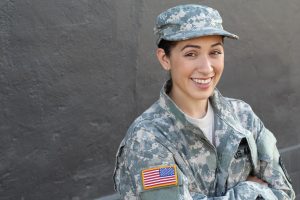 Veterans suffering from PTSD are all too familiar with anxiety. However, a new Veterans Affairs study has found a strong link between PTSD severity and anxiety sensitivity among female veterans who experienced military sexual trauma. Researchers say that treating anxiety could be a way to ease core PTSD symptoms.

“Anxiety sensitivity is when you’re afraid of your own anxiety-related physical sensations,” Dr. Ariel Lang explains. “It drives people who have panic disorder and is super-common in PTSD, because people with PTSD have these panicky feelings. When something terrible happens to you, your body’s fight-or-flight response kicks in, and you get this rush of fear.”

PTSD is known by various symptoms grouped due to their similarity with four known clusters. These include intrusion, avoidance, negative thoughts and emotions, and arousal.

The link between anxiety sensitivity and PTSD has previously been well-established, but it had not yet been studied among women who had experienced military sexual trauma. This is what led researchers to this current study.

The study was published in the journal Military Psychology and examined the connection between anxiety sensitivity and PTSD symptom severity in a group of female veterans who had a history of sexual trauma.

All 50 participants received mental health services in a military trauma clinic at the Southeast Louisiana VA. They all completed a diagnostic interview and a few self-report questionnaires to provide data for the researchers.

PTSD was the most common mental health disorder recorded by the women, followed by a depressive, anxiety, and/or personality disorder. Researchers also found that anxiety sensitivity was strongly tied to two of the clusters – arousal and reactivity and changes in cognition and emotions, but not to intrusion and avoidance clusters.

Researchers believe this is due to depression, as it is one of the most prevalent mental health conditions that often co-occur with PTSD.

As anxiety sensitivity can be treated with psychological treatments, including interoceptive exposure, future research should examine which behavioral construct could help to reduce PTSD symptoms. This is extremely important for women in the military as the relation between PTSD and sexual trauma is nearly three times stronger among women than men.