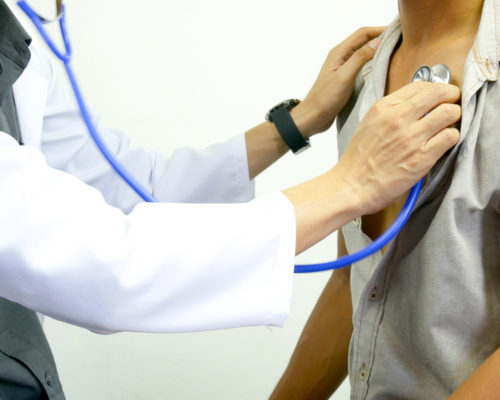 The association between diabetes, risk of heart disease, and death have been the focus of interest in recent years for many researchers. However, the results of many studies and even the terms used, such as “prediabetes,” remain controversial.

A new review published in The BMJ Today is gaining attention, however, as it has found that prediabetes is associated with an increased risk of cardiovascular disease (CVD) and death in both the general population and in patients with a history of heart problems.

To explore the relationship between the health problems, researchers at Southern Medical University in China analyzed the results of 129 studies on the associations between prediabetes and the risk of cardiovascular disease and death in individuals with and without a history of heart disease. This included over 10 million individuals.

In individuals with a history of heart disease, prediabetes was associated with a 36% increased risk of death and a 37% increased risk of cardiovascular disease. This was found over an average follow-up time of three years. There was no difference recorded for the risk of stroke.

Researchers concluded, “Prediabetes is associated with an increased risk of all-cause mortality and CVD in both the general population and patients with a history of heart disease. Screening and proper management of prediabetes “may contribute to primary and secondary prevention of CVD.”

This research is of high quality and is noted as being one of the largest studies to analyze the relationship between diabetes, heart disease, and early death. It was noted, however, that researchers had no access to individual patients’ data and could not rule out the possibility that some of the risks could be caused by unmeasured factors.

It is estimated that more than 470 million people worldwide will have prediabetes by 2030, and up to 70% of them will eventually develop type 2 diabetes. Prediabetes is known as a “pre-diagnosis” of diabetes. This is when a person’s blood sugar level is higher than normal, but not enough to be considered diabetes. When patients are diagnosed as prediabetic, it should be taken as a warning sign of type 2 diabetes.

With so many people developing prediabetes worldwide, it is essential for research to continue to find relationships between the disease and other health issues. The findings of this study suggest that screening and proper management of prediabetes may help to prevent cardiovascular disease in otherwise healthy individuals as well as those with already existing heart problems.