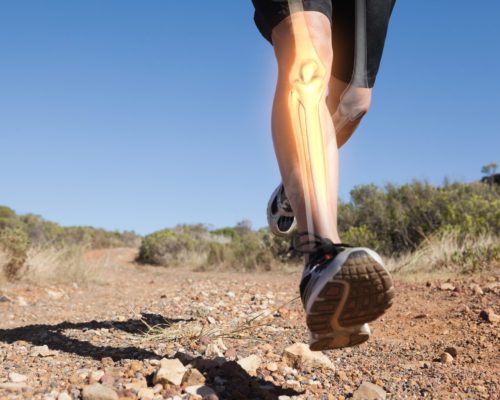 People who have been diagnosed as having low bone done density may want to focus on their heart health. According to a new study from the Queen Mary University of London and the University of Southampton’s Medical Research Council Lifecourse Epidemiology Unit (MRC LEU), associations have been found between lower bone density and poor cardiovascular health in both men and women.

Published in the Journal of Bone and Mineral Research, the study used a combination of imaging and blood biomarker data to investigate the relationship between bone density and heart health. All data used was from the internationally unique UK Biobank cohort, which is the largest sample of people reported to date.

Osteoporosis is a disease that causes bones to become weak and brittle because the creation of new bone can’t keep up with the loss of old bone. Bones may become so weak that a fall or even mild stress such as bending over or coughing can cause a fracture.

Both osteoporosis and heart disease are important public health problems that share several risk factors. These risk factors include increasing age, smoking, and a sedentary lifestyle. Although these commons risk factors exist, research suggests that there may be biological pathways linking the two conditions.

Investigating these links could reveal targets for novel drug therapies. However, current research studies lack objective measures of bone and heart health and are often limited to studies of small numbers of people for relatively short periods of time.

During the study, researchers found that lower bone mineral density was linked to greater arterial stiffness, which is an indication of poor cardiovascular health. They also found that both men and women with poor bone health had an increased risk of dying from ischemic heart disease.

Dr. Zahra Raisi-Estabragh, BHF, who led the analysis, was surprised to find that the mechanisms underlying the bone-heart relationship appeared different in men and women. She said, “Our study demonstrates clear links between bone disease and cardiovascular health. The underlying pathophysiology of the bone heart axis is complex and multifaceted and likely varies in men and women.”

This was the largest study of its kind due to the wealth of information available from the UK Biobank, which permitted a highly detailed view of the complex interactions between musculoskeletal and cardiovascular health.

The knowledge this study has given researchers about the relationship between bone loss and cardiovascular health, which can pave the way to new studies, will be able to move forward in investigating the life course determinants of musculoskeletal health and disease. Researchers believe these studies can help drive a new approach to treatments for both osteoporosis and heart health.