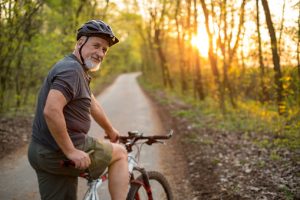 In arthritis patients, even moderate physical activity can improve function in the arthritic limb. It is recommended that American adults partake in 150 minutes of physical activity a week, but unfortunately only one in 10 older adults with knee arthritis meet this goal. This prompted the researchers to set an easier-to-achieve target to make sure these arthritic patients can still improve their mobility. The new target time is 45 minutes a week.

First author Dorothy Dunlop explained, “Even a little activity is better than none. For those older people suffering from arthritis who are minimally active, a 45-minute minimum might feel more realistic.”

“The federal guidelines are very important because the more you do, the better you’ll feel and the greater the health benefits you’ll receive. But even achieving this less rigorous goal will promote the ability to function and may be a feasible starting point for older adults dealing with discomfort in their joints,” Dunlop added.
Although 150 minutes of exercise a week are recommended to improve cardiovascular health in general, Dunlop and the team were aiming to improve mobility and function of the elderly specifically. “We’re looking for an older population who can be functionally independent. And we were interested in seeing what kind of physical activity might be beneficial to promote good function down the road. We found moderate-intensity activity rather than light activity, such as pushing a grocery cart, to be more valuable to promote future function,” Dunlop continued.

Dunlop concluded, “We found the most effective type of activity to maintain or improve your function two years later was moderate activity, and it did not need to be done in sessions lasting 10 minutes or more, as recommended by federal guidelines.”