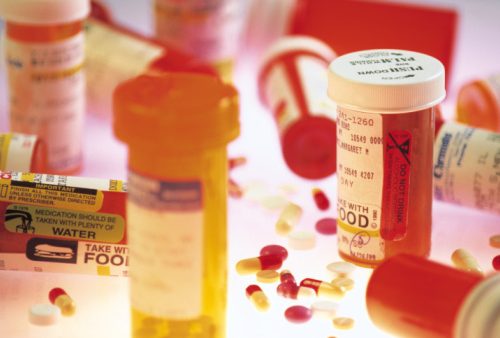 The Classes of Prescription Memory Drugs

There are two main classes of medications that aim to enhance brain function and improve memory problems in Alzheimer’s patients. The first are classified as ‘cholinesterase inhibitors,’ (Donepezil, Rivastigmine or Galantamine) and they are approved for the treatment of early to moderate Alzheimer’s symptoms. Oftentimes, elderly patients who show signs of forgetfulness are prescribed cholinesterase inhibitor drugs, even if they don’t demonstrate any other signs of early Alzheimer’s.  Some physicians also prescribe these drugs ‘off-label’ to patients looking to improve their short and long term memory, however there is currently no evidence that these drugs can improve memory and brain function in healthy individuals.

The lackadaisical approach to prescribing these Alzheimer’s medications is disturbing and can result in patients suffering unnecessarily with the negative side-effects that the drugs can produce. Cholinesterase inhibitors often cause severe nausea, vomiting, diarrhea and ingestion, and can also cause loss of appetite, joint pain, insomnia, fatigue, heartburn, headaches, and increased bowel movements. Although less common, cholinesterase inhibiters can also cause changes in vision, dizziness, fainting, incontinence and other urinary problems, agitation, confusion, rash, hives, difficulty breathing, slow heartbeat, stomach pain, sweating and uncontrollable bleeding.


The Types of Medication to “Improve” Brain Function

According to a study conducted at McGill University, people on cholinesterase inhibitors were hospitalized for fainting 200% more than those not on the drugs. The increased risk for fainting also means an increased risk for debilitating bone fractures and permanent disability. Patients on these drugs also have twice the likelihood for requiring a pacemaker implant.

The second type of medication that aims to improve memory and brain function in Alzheimer’s patients is Memantine (Nameda). Although the use of Memantine in non-Alzheimer’s patients is not approved by the FDA, physicians sometimes prescribe it to patients looking to improve memory and increase brain function. According to an analysis of multiple studies on Memantine that was published in the Archives of Neurology, Memantine works no better than a placebo when it comes to treating patients who do not have severe Alzheimer’s disease. What’s more, current studies suggest that even those with mild to moderate Alzheimer’s disease experience little benefit from this drug.

Although Memantine appears to work no better than a placebo when it comes to enhancing the memory of non-Alzheimer’s patients, it sure does provide the user with some very real side-effects. Extreme tiredness, dizziness, confusion, sleepiness, constipation, coughing, pain throughout the body, and vomiting can all be caused by Memantine. In rare cases, this drug can also cause difficulty breathing, hallucinations, vertigo, a loss of consciousness and even comas.

Although the benefits may occasionally outweigh the risks of these drugs when it comes to preserving the brain function of certain Alzheimer’s patients, the drugs should be prescribed with extreme caution. According to Dr. Gill, Ontario Ministry of Health and Long-term Care Career Scientist “…the drugs are marketed as helping to preserve memory and improve function…but for a subset of people, the effect appears to be the exact opposite.”  Furthermore, the risks associated with cholinesterase inhibitors and Memantine are too high to justify the use of these drugs by healthy individuals who simply desire better memory capabilities.