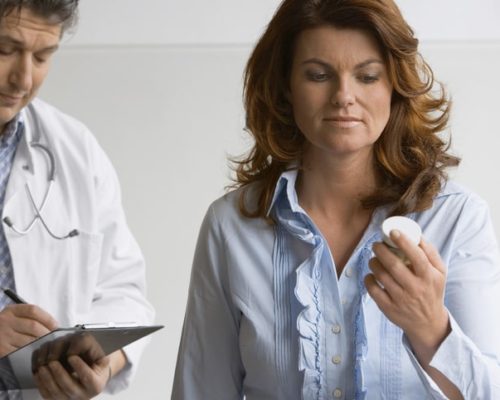 Overactive bladder is a fairly common condition, yet hundreds of women suffer in silence and feel they are alone in their struggle to live with leaks. There are actually treatments available for overactive bladder, but the question rises, are they safe?

The class of drugs commonly prescribed to treat overactive bladder is known as anticholinergics. Although these drugs may improve bladder leaks, they are also widely known to cause mental confusion and have been linked to a higher risk of dementia.

A large UK study specifically found that anticholinergics used for bladder leak treatment, Parkinson’s disease, and depression are associated with a higher dementia risk in older adults, even after 20 years of use.

Dr. Michael Hochman, an associate professor of clinical medicine at the Keck School of Medicine at the University of Southern California, explained, “While this class of medications has long been known to be linked to memory troubles, it was not known whether the effects were permanent. But this study suggests that the effects may not entirely reverse after stopping the medication.”

Although the study doesn’t prove that anticholinergics cause dementia, “this study does raise concerns, and anticholinergic medications for incontinence have several other well-established side effects,” added Hochman.

Many patients on anticholinergics stop using them after six months due to side effects including dry mouth, dizziness, blurry vision, and constipation.

It’s essential that you speak to your doctor about your bladder problems as there are often many other treatment options available that may be more effective and be attached to fewer side effects. Uncovering the underlying cause of your bladder leaks can help you receive more specific treatment to help improve your condition.