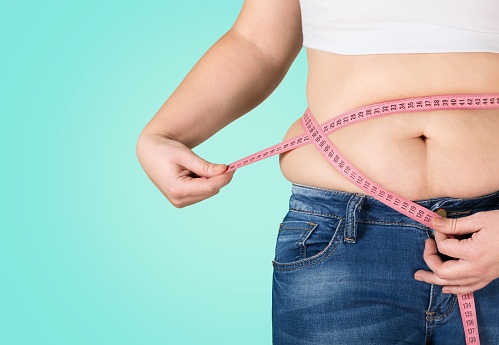 Women with an apple-shaped body are at higher risk for binge-eating, according to a new study. The findings come from Drexel University, where they found apple-shaped women – with more fat stored around their trunk and abdomen – experience a “loss of control” and partake in binge-eating episodes. These women were also more likely to report being unsatisfied with their bodies, which may also encourage the binge-eating. This is the first study to associate fat distribution and eating habits.

She continued, “Our preliminary findings reveal that centralized fat distribution may be an important risk factor for the development of eating disturbance, specifically for loss-of-control eating. This suggests that targeting individuals who store more of their fat in the midsection and adapting psychological interventions to focus specifically on body fat distribution could be beneficial for preventing eating disorders.”

There is mounting evidence to support that loss-of-control is a significant element of binge-eating. Dr. Berner added, “This sense of loss of control is experienced across a range of eating disorder diagnoses: bulimia nervosa, binge eating disorder and the binge-eating/purging subtype of anorexia nervosa. We wanted to see if a measurable biological characteristic could help predict who goes on to develop this feeling, as research shows that individuals who feel this sense of loss of control over eating but don’t yet have an eating disorder are more likely to develop one.”

The researchers followed female college freshmen for two years and followed up at six and 24 months. Height, weight and body fat percentage were recorded, as well as fat distribution. The women were assessed for eating disorders based on clinical interviews where they reported loss-of-control eating.

Fat storage in the abdomen region is more associated with loss-of-control eating, which worsens over time compared to fat being stored in other regions.

Dr. Berner added, “Our results suggest that centralized fat deposition increased disordered eating risk above and beyond other known risk factors. The specificity of our findings to centralized fat deposition was also surprising. For example, a one-unit increase in the percentage of body fat stored in the abdominal region was associated with a 53 percent increase in the risk of developing loss-of-control eating over the next two years, whereas total percentage body fat did not predict loss-of-control eating development.”

The findings were published in American Journal of Clinical Nutrition.