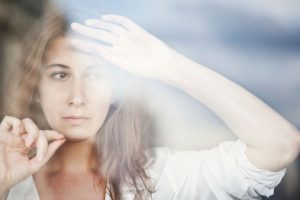 Researchers have found a part of the brain that links anxiety temperament with low social status. Anxiety can have negative consequences on a person’s social life because it affects their confidence to even their social standing. Those with high-anxiety can be overlooked and rejected, which psychologists coin as “social subordination.” Researchers have now pinpointed a part of the brain that is linked with anxiety, which can contribute to social subordination.

Social rank is established through competition, and the ability to compete relies on age, size and previous social experience. Social scientists and psychologists suggest that when a person has anxiety it makes them perform worse in competition, thus lowering their social status.

The latest study was conducted on rats that were categorized as low-anxious to high-anxious. The rats underwent behavioral tests; the high-anxious rats competed with low-anxious rats and their performance was quantified and statistically analyzed. The rat’s brains were also examined to observe any biological changes.

Researchers suggest that manipulating the mitochondria in the nucleus accumbens could affect social rankings of an individual with anxiety – from low to higher.

Carmen Sandi, Ph.D., from the École Polytechnique Fédérale de Lausanne warned, “Social interactions are immensely complex. They involve so many factors that it is difficult to examine the impact of each in isolation. However, this is an exciting finding; it shows a brain mechanism whereby anxious personality affects social competitiveness of individuals, and it points to very promising directions in this field.”

The findings are published in PNAS.