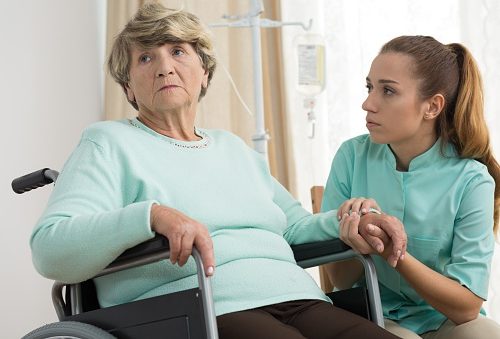 Anxiety and depression after heart attack are more common in women than men. Professor Pranas Serpytis said, “The World Health Organization predicts that by 2020 depression will be the second leading cause of disability and mortality in the world, surpassed only by ischemic heart disease. Major depression follows MI [myocardial infarction] in approximately 18% of cases and is an important predictor of disability and poor quality of life in the year post-MI. Patients with depression are nearly six times more likely to die within six months after an MI than those without depression. The increased risk of death in patients with depression persists up to 18 months after the MI. But despite the fact that post-MI depression is common and burdensome, the condition remains under-recognized and undertreated.”

The study included 160 patients admitted into hospital with myocardial infarction (MI). The participants were interviewed for up to one month to uncover demographics, clinical characteristics, and cardiovascular disease factors.

Nearly one quarter of patients were found to be depressed, and of those 28.2 percent received antidepressants as treatment. For depression, the average score was 6.87 for men and 8.66 in women. For anxiety, it was 7.18 in men and 8.20 in women. Professor Serpytis added, “We found that women were more likely to develop anxiety and depression after a heart attack than men. More research is needed to discover the possible reasons for this.”

Another link arose between anxiety and smoking, with current smokers reporting higher anxiety scores on the HADS test. “Current smokers were more likely to have anxiety after an MI than never smokers or people who had quit smoking more than two years ago. We did not find any association between smoking and depression after an MI,” explained Professor Serpytis.
Patients who were physically inactive also had higher depression scores, with 64 percent of those with depression reporting lack of physical activity.

Professor Serpytis concluded, “Women are misrepresented in many clinical studies on MI even though they often have worse outcomes. Our study shows that women are more likely to develop anxiety and depression after MI [myocardial infarction] than men, but until now this issue has been largely unnoticed. Clinicians should assess MI patients, particularly women, for anxiety and depression, so that timely treatment can be started.”

“Our study suggests that encouraging patients to quit smoking and increase their physical activity levels should reduce their risks of anxiety and depression after MI. More research is needed on the links between myocardial infarction and mental health problems.”

Thirty-six patients were interviewed five to 15 days after a heart attack, then again six to eight weeks later, and lastly at six months. Questions asked involved fatigue levels, general health, disease-specific symptoms, as well as the subjects of work and family. Depression levels were assessed through questionnaires and clinical diagnosis.

The researchers found that patients who think about their heart attack as being a serious condition often were more depressed. If patients focused their thoughts on recovery, their risk of depression was reduced.

Professor Vögele concluded, “These results can be used to help patients to have a more positive outlook on life, even after such a dramatic and life-threatening event. Psychological interventions in the immediate time after the infarct, for instance, during the first two weeks, may protect patients from developing depression, and thereby contribute to a smooth recovery.”

It’s important that post-heart attack recovery becomes the focus for patients in order to reduce their risk of depression, as the latter can further worsen their heart condition.