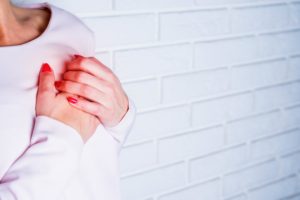 Since these antibodies are known to increase a person’s risk of blood clots, a condition has been coined, called antiphospholipid syndrome, where a patient would experience chronic blood clots and miscarriages and have increased levels of the antibodies in their system.

Research has been lacking, however, in determining how these antibodies are associated with myocardial infarction (heart attack) outside of an autoimmune response. A new study performed in Sweden attempted to resolve some of the issues presented in past studies on this topic.

“I’ve long been convinced that the antibodies are more common than we think and have now been able to analyze their presence in a large patient material,” said Elisabet Svenungsson, one of the researchers responsible for the study. The results of the blood analysis showed that in around 11% of the experimental group of participants the antiphospholipid antibodies were present, which was nearly ten times the measurement of the controls. “It was a surprisingly high proportion of the patients and the levels were also clearly high,” she continued.

Of the different types of antiphospholipid antibodies, the researchers found those associated with blood clots to be the most common in the patients who had suffered a heart attack. The study authors do caution, however, that it is possible the measurements are temporary reactions of suffering a heart attack and that the high levels of the antibodies will have decreased after a longer period than the 10-week follow-up for this study.

“In which case they should, according to current recommendations, be prescribed lifelong treatment with the anticoagulant warfarin, which reduces the risk of new blood clots,” said Svenungsson. “This would change the prevailing guidelines for the investigation and treatment of heart attacks.”

This study is one of the first to examine the effects of antiphospholipid antibodies in a large group of heart attack patients. Additional research is still necessary for this area, as many questions on the topic remain unresolved, including whether these antibodies are present in the long-term.